Everyone reading this is probably aware of the reasons why an Israeli citizen may be required to submit a paternity test abroad to prove that they are parents to a child born outside Israel. If for some reason you don’t know, read through this informative post by our lawyers at Cohen, Decker, Pex & Brosh law firm specializing in immigration to Israel and Israeli citizenship rights. A short summary follows below. 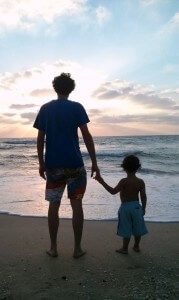 Note that this is the only official procedure for recognition of the child as the child of a citizen by the state of Israel. Foreign documents stating that the Israeli citizen is the father, such as a foreign birth certificate presented on their own, may be ignored

When Will You Be Required to Take a Paternity Test Abroad?

If the couple has broken up or if the state of Israel refuses to recognize their relationship, the father may be required to submit to a paternity test to determine that the child is his. Not just any paternity test will do; DNA tests by non-Israeli institutions will be rejected out of hand. The only officially acceptable paternity test is conducted by the Israeli Family Court order. The court will specify which of the limited number of officially qualified Israeli laboratories or institutions will be in charge of the DNA test. Since the court determines which lab does the test, the applicant has no need to find that information.

The institute specified by the Israeli Family Court will submit the test kit to the Ministry of Foreign Affairs. The ministry will deliver the kit to the Israeli Consulate in the country the subject resides in. The subject and his child must report at the consulate, present their identifying papers, and submit a saliva (spit) sample. The sample is collected via the kit, sealed, and sent back to the institution of origin. Once analyzed, a sealed envelope with the results is sent to the Family Court judge who makes a decision based on the test results.

Due to the sensitivity of the information involved, great effort is made to ensure that the test results remain confidential. The workers in charge of testing the saliva sample do not know the name of the subject. Those in charge of sending the results to the Family Court judge do not know the results the envelope contains. All genetic material is destroyed shortly after the test is conducted and the court receives the result.