The Inheritance Law, 1965 (hereby: “the law”) contains various provisions regarding inheritance in Israel. 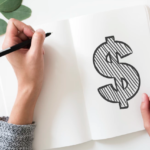 The inheritance will be divided according to the rules established by the law, unless a will is made

The law grants a person (hereby: “the testator”) the possibility to leave a last will and testament (hereby: “will”) which explains what shall be done with his property, belongings, funds etc.  (hereby: “the estate”) after his death. In the event that no will exists, the law establishes rules of how the estate shall be divided between the various descendants or relatives (hereby: “legal inheritance”).

In this article, we will explain the general concepts in the law. In addition, Sections 1-9 of the Israeli estate law contain general provisions regarding inheritance, and these provisions apply both to inheritance by will and inheritance by legal ruling. We shall also discuss these.

General Concepts in the Inheritance Law

The law regarding inheritance in Israel employs a number of concepts, and in order to understand them properly, it is necessary to know them:

Estate – a person’s assets, rights, and debts that he leaves behind after his death.

Not everything that a person leaves behind is included in the estate – insurance contract, pension, and provident funds go to the beneficiaries who are listed on the contract itself, unless it is clearly established that these things will go to the estate, according to what is stated in Section 147 of the law:

“Amounts to be paid as a result of the person’s death under the insurance contract, according to membership in an annuity fund or a provident fund or for any other similar reason, are not the estate at all, unless it has been stipulated that they will come to the estate.”

In addition, the estate does not allocate what will go to the testator’s spouse as a result of prenuptial agreements or personal relationships, according to Section 148 of the law:

“This law is not intended to damage the prenuptial agreements between a man and his wife, or the rights that stem from the intimate relationship.”

There are provisions of the law in additional laws which stipulate that such benefits as these, along with others, shall not pass to the estate.

Share – a certain asset that the testator explicitly leaves in his will to an heir (such as: an apartment), or a specific benefit (such as: 10,000 NIS from the estate).

Estate is a general concept which deals with the entirety of the testator’s possessions, or an undefined portion of it (such as 30% of the estate, not specifically detailed).

Successor – a person who will inherit part of the estate according to the will.

Heir-at-Law – an heir that is eligible to share part in the estate, although not through the will

When a testator passes away, the estate passes immediately to the heirs. However, the right is purely abstract in that moment. Who are the heirs? What is their portion in the estate? This is established after an “Inheritance Order” or a “Probate Order” are granted (Section 1 of the law).

The heirs are one of the following: “heirs-at-law” (in the absence of a will) or heirs by will (Section 2 of the law).

A corporation may be an heir, only if indicated in a will

Section 5 of the law states that these people will be disqualified from inheriting:

Exception – the testator pardoned the aforementioned person in writing or made him beneficiary of the will, then that person returns to being fit to inherit

An heir who is interested in completely removing himself from the from a portion or fullness of the estate so that he is not considered an heir at all (with no rights and no obligations). There are two possibilities of removing oneself from an estate:

It is not possible to remove oneself from a specific asset, unless the will explicitly indicates that the heir inherited it.

Withdrawal shall be done only after the death of the testator and prior to the distribution of the estate.

After the testator passes away and prior to the distribution of the estate, the heir is able to prepare an agreement in writing in which he transfers or leases his portion of the estate for the sake of another person or entity, since the estate still has not been divided because of an unspecified right in the estate which determines when it shall be distributed.

When the heir is interested in transferring or leasing a specific asset of the estate, he may only do this after the estate has been divided.

After the heir transferred or leased his right in the estate, he is unable to withdraw from it.

The heir’s creditors are able to put a foreclosure on his rights to the estate after the death of the testator and prior to the division of the estate.

When speaking of foreclosure on a specific asset to which the heir is entitled from the estate, this will be done after the division of the estate.

Since the law does not want to restrict the “freedom of distribution” of the testator, the testator is not able to make transactions with the inheritance while he is alive (granting or denying rights in the inheritance). The testator can draw up a will, stating his wishes concerning how it will be divided and to whom after his death.

A gift that is intended to be given after the death may only be given in the will.

When two or more people die and no one knows the order of their deaths, there is a differentiation between heir apparent (who is an heir in any case, no matter order of death) and heir presumptive (whose inheritance is dependent upon order of death). In this case, the following rules from Section 9 of the law apply:

In matters of inheritance the civil law applies, namely the Inheritance Law. The law applies to all Israeli citizens regardless of religious affiliation.

The courts who are authorized to rule on matters of inheritance is:

Registrar of inheritance in Israel – Ministry of Justice department

Requests for a legal inheritance order and a probate order will be filed with the Registrar of Inheritance Affairs (hereby: “the registrar”). The registrar must transfer the request to the court in the presence of one of the conditions in Section 67A of the law listed below:

Interested in Writing a Will? Submitting a Request for an Inheritance Order or Probate Order? The Offices of Cohen, Decker, Pex & Brosh are at Your Service

In the offices of Cohen, Decker, Pex & Brosh you will encounter lawyers who can help with issues regarding inheritance in Israel. Also our lawyers specialize in family law and are certified mediators. Our lawyers will assist you formulate a last will and testament that reflects your full wishes and will accompany you through the various procedures up until submission. Additionally, our lawyers will help you file a request for an Inheritance Order to a Probate Order, along with the processes they entail. 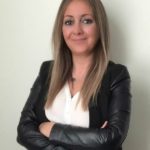