Different Ways of Getting an Austrian Passport

Anyone desirous of establishing residence within the EU will have considered getting an Austrian Passport due to Austria’s high quality of life, incredible natural attractions, and stable economy. The good news is that there are multiple pathways to Austrian citizenship. Once you acquire citizenship, you can apply for an Austrian passport and enjoy free rights of movement and residence in EEA member states and Switzerland.

This is the most common way that people become citizens. If you live in Austria continuously for ten years, of which at least five years are on a Residence Permit, you become eligible for citizenship. Austria offers residence and work permit under the ‘key manager’ program. Under the program, anyone who gets a job as a manager in a company based in Austria for a minimum salary of 2500 EUR per month can apply for a Residence Permit in the country.

The other program is for people with independent means, meaning you should be financially well-off to live in Austria without having to work there. It doesn’t require you to make any investment. The caveat is that residency via this route does not give you the right to work or run a business in Austria. You must show a certain amount of funds in an international bank account; the sum required will depend on the number of dependents who join you in Austria. This Austria second passport opportunity has other requirements, such as living in the country for at least 183 days a year, and having full-fledged health insurance cover for each dependent in Austria.

You can acquire citizenship from your Austrian parents. That is, if either your mother or father is an Austrian citizen, you automatically get Austrian citizenship. Getting an Austrian passport this way is a matter of birth circumstances, and obviously advantageous if you’re keen on making the EU your second home. In fact, you should actively explore whether you can use a family tie to obtain EU citizenship. As an example, descendants of North African Jews are eligible for French citizenship.

Jews or descendants of Jews who lived in Austria between 1933 and 1955 are eligible for Austrian citizenship. The law applies to Jews and non-Jews who can show evidence that they’re descendants of victims of Nazi persecution. Children (including those adopted as minors), grandchildren and great-grandchildren of men and women who fled to safety during the war and in the years following it, are encouraged to pursue an Austria second passport this way.

If your intent is to live, study, work or travel freely through the EU, consider different paths to obtaining citizenship in any of the member states. An increasingly popular program is the ‘golden visa’ for wealthy non-EU individuals and businesspersons. You can purchase citizenship in Austria or Bulgaria by investing in their economy. Easy and straightforward, it fast-tracks you to citizenship in as less as 18 months, following which you can shuttle between the EU and your home country without restrictions.

Our emigration lawyers help you make the right decisions on getting an Austrian passport. From working with you to determine your eligibility to full assistance in completing your Austrian passport application, we make the path to EU citizenship smooth and stress-free. 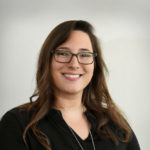