The law office of Cohen, Decker, Pex & Brosh specializes in matters of immigration, examining eligibility for Austrian citizenship, and acquiring citizenship in North American countries (United States and Canada), Britain, and Europe (Portuguese passport). We have a variety of tools at our disposal -experience and professionalism – to assist you in receiving Austrian citizenship in accordance with the new legislation.

Who Qualifies for Austrian Citizenship as Descendants of Holocaust Survivors?

The citizenship is intended for the direct descendants of Holocaust survivors, i.e. – children, grandchildren, great-grandchildren. It should be clarified that the law is valid even for non-Jews.

Holocaust survivors, according to the Austrian law, are victims of Nazi persecution. This means survivors of extermination camps, those who hid during the war or fled from the Nazis, and so on.

The current law recognizes the descendants of Holocaust survivors as eligible for Austrian citizenship, providing that their ancestors left Austria before or during the year 1945. However, the new law that will come into effect in September 2020 recognizes the descendants of Holocaust survivors who fled the country up until the date of 15 May 1955 as eligible for citizenship.

How is the New Law Different from the Old Law? 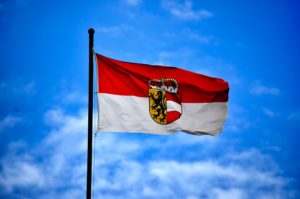 After the war many victims were left childless, orphaned, sick, and financially impoverished. For this reason, they were prevented from emigrating from Austria and were forced to stay in order to regain their health, look for family members who were lost, and so on. The new law allows the descendants of these victims who remained in Austria until 1955 to receive citizenship.

Not only that, but the anti-Semitic law that was enacted in 1921 was repealed, a law which established that Jews from the Danubian Principalities (Moldova and Romania) will not be able to receive Austrian citizenship.

Who is not Allowed to Apply for Austrian Citizenship for Holocaust Survivors?

Please note that someone convicted of serious crimes – such as taking part in terrorist attacks, attempting to harm Austrian democracy – financial crimes, or other grave crimes, will not be eligible to receive Austrian citizenship.

How Can You Prove Your Eligibility for Austrian Citizenship?

The candidate must submit documents attesting that he, his father, his mother, his grandfather, and so on, lived in Austria and was persecuted by the Nazis. Additionally, you must prove the link between different family members (children to whom the request applies) and between the family member that was a victim of Nazi persecution.

The necessary documents for requesting an Austrian passport are these:

You will be required to submit birth certificates and foreign marriage certificates with an apostille or legalization from the embassy.

Between the years of 1933-1945 the citizenship of many Austrian Jews was denied. In some cases citizenships were denied because they chose to emigrate to another country after the disasters that befell them in Austria. Currently, their descendants have the ability to reapply for Austrian citizenship without renouncing any additional citizenship. For this process there is a different and faster procedure.

Renewed acceptance of citizenship is valid from the day the request is submitted to the aforementioned authority in the Austrian government. It is important to clarify that in the reacquisition process the citizenship does not naturally pass down to the children of the petitioner; however, his descendants can ratify their own request in an additional proceeding.

Thank you to Mr. Yehonatan Gavrielov for writing the article.

The law office of Cohen, Decker, Pex & Brosh represents the descendants of Austrian Jewry. If your father’s or mother’s family emigrated from Austria between the years of 1933-1955, we can help you receive an Austrian passport. Our offices are located in Petach Tikva and Jerusalem. To receive advice and assistance in obtaining an Austrian passport, contact us at the numbers below. Thank you.