A “golden visa” allows wealthy individuals and business persons worldwide to obtain a second passport by financial investment. The Bulgarian golden visa program offer a straightforward, easy way for the foreign national to gain residency or citizenship in Bulgaria and a European Union passport.

In this article, we will disclose what a golden visa means, which countries offer a golden visa scheme, and the differences between the various programs offered around the world.

Golden visa around the world 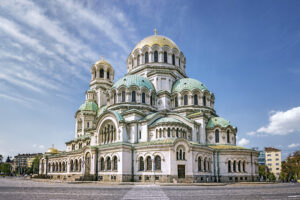 Many countries around the world offer golden visa schemes. However, not all such plans allow the investor to receive citizenship. In some countries, the golden visa path to citizenship requires a long residency and passing language proficiency trials.

The United States, Canada, New Zealand, Singapore, Saint Lucia, Antigua and Barbuda, Spain, Portugal, Switzerland, Cyprus, and Bulgaria. These are only a few of the countries that offer a golden visa scheme to foreigners.

In this article, we will focus on the golden visa schemes offered by EU member countries, especially the one scheme that is less known but definitely not the least worth-knowing. This Bulgaria golden visa scheme is the gateway for the Bulgaria citizenship by investment program.

Here are some of the most notable golden visa schemes that exist in the EU;

Spain offers a residence by investment program. An applicant must invest at least 500,000 euros in real estate or 1,000,000 euros in bank deposits or shares. Another requirement is residing in Spain for a one-year minimum.

The Spanish program can lead to citizenship in ten years if the applicant meets several conditions such as language proficiency tests and others.

The Maltese government also offers citizenship by investment program, which includes several elements. The primary investment element is a nonrefundable contribution of 650,000 euros, followed by a real estate investment and a government bond investment. The total investment can go over 1,000,000 euros; additional family members of the principal investor could increase the amount.

The Cohen, Decker, Pex, Brosh law office specializes in obtaining a variety of European passports. If you have Spanish \ Portuguese, Polish, Hungarian or Lithuanian ancestry, you can receive a European citizenship in these countries. You can also receive a European passport based on investment in Holland, Cyprus, and other EU countries. Contact us for help in receiving European citizenship by investment.