The law offices of Cohen, Decker, Pex and Brosh specialize in immigration and obtaining citizenship, including American, English, Canadian, Portuguese and Austrian passports. We will be glad to assist you in obtaining Austrian citizenship under the new law.

Who is eligible for Austrian citizenship as descendants of Holocaust survivors?

The law refers to the descendants of survivors who left Austria between 1933 and 15.05.1955. The law also includes anyone born in Italy, Hungary, Serbia, Croatia or Slovenia who lived in Austria during that period. Finally, the law includes those descendants of Austrian Holocaust victims who did not have Austrian citizenship at the time.

What does the new law add regarding the possibility of obtaining Austrian citizenship?

What is different about the new law? Who is now eligible for Austrian citizenship for descendants of Holocaust survivors who was not eligible before? 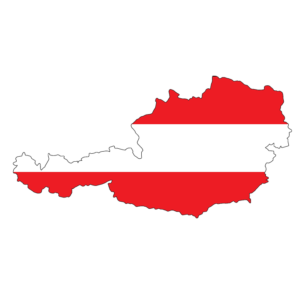 Before the change, only Nazi persecution victims who left Austria before 9.5.1945 were eligible for citizenship. However, due to the fact that many victims of the regime were forced to stay in Austria for some time after the liberation by the Allies, for lack of ability to emigrate due to health-related or financial reasons, this limitation was removed.

In addition, the new law nullifies the anti-Semitic law from 1921 that ruled that Jews from the Danubian Principalities (the Moldova and Romania area) cannot receive Austrian citizenship.

Who is not eligible for Austrian citizenship for Holocaust survivors?

Can an Israeli with a military background apply for Austrian citizenship?

Mandatory army service in the IDF does not prevent applicants from receiving Austrian citizenship.

Rulings made by the supreme court in Austria were issued specifically barring applicants with an Austrian-Israeli connection who underwent career army service (voluntary), after serving the mandatory three years. (Nevertheless, it may be possible to appeal this decision and the subject – meaning the person who did career army service – might be considered again in light of the amendment.)

Likewise, reserve army service is not considered voluntary. Therefore, an applicant who does reserve duty in the IDF on a yearly and regular basis, as required by Israeli law, is eligible for Austrian citizenship.

What proof is required in order to obtain citizenship?

Documents required when applying for an Austrian passport

The entire process, including the submission of relevant documents, is free of charge, and exempt from administrative fees. The authorized government authority in Austria is permitted to request additional documents, if needed.

All birth and marriage certificates must be presented with an apostille stamp or legalization by an embassy. Documents issued in Hebrew (without duplication into English) require notary translation.

There is no time limit on submitting this request, and it is also valid for anyone who held Austrian citizenship in the past but was forced to renounce it in order to immigrate.

Contact an attorney who specializes in immigration to Austria

If one of your ancestors emigrated from Austria in between the years 1933-1955, and was persecuted by the Nazi regime, it is possible your family members are eligible for Austrian citizenship. Contact an immigration attorney in Jerusalem or Tel Aviv for advice and assistance in obtaining an Austrian passport.