Types of Immigration visas to Britain

What are the different ways to obtain immigration visas to the United Kingdom?

What is common to the different types of immigration visas to Britain listed in this article?

For as long as the United Kingdom is part of the European Union (until the end of the Brexit negotiations and separation process, assuming the UK ends up leaving the EU), European Union citizens do not need any of the visa types listed in the article to visit, work, and live in Britain. It is also possible that Britain will leave the EU but EU citizens will not have to apply for immigration visas to England – depending on the outcome of the Brexit negotiations. 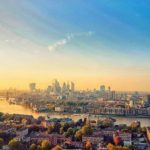 Applications for all visa types can be submitted no more than 3 months prior to the date of arrival in Britain. The UK Government website has an estimated processing-time guide for each type of application. The visa holder and all dependents must pay for health insurance during their stay in the UK. Most types of ןmmigration visas to Britain do not allow the visa holder and his family to benefit from “public funds” – unemployment benefits, disability benefits, and similar forms of support. However, after completing the process of immigrating, settling in the UK, and obtaining citizenship (for those visa types that give the holder this option), the visa holder is considered to be a UK citizen for all intents and purposes, including eligibility for public funds. Finally, most immigration visas to Britain require the visa holder to undergo a test to prove that they speak English.

A visa holder who is on the naturalization track must settle in England, live there permanently, and not travel abroad for long periods of time until they receive their citizenship.

A work visa holder must be an expert foreign worker who is sponsored by one of the companies that has the right to sponsor a foreign worker in the UK. The cost of the visa and difficulty of application is lessened, if the visa holder is an expert in one of the “shortage professions” – that lack native workers in the UK. Unless the sponsor declares that he will support the worker during their stay in England, the applicant must prove that they have at least 945 pounds to support  themselves. More information on this subject in our article on work visas in the UK.

Duration of stay: up to five years.

Can I extend the visa until I receive a UK citizenship?

Can I work and study? Yes, as long as it does not interfere with the employment for which you had received your visa.

There are two types of immigration visas to England for investors. One is for an Entrepreneur who invests at least £ 50,000 (under certain conditions where the money is already in a financial institution in England, otherwise it is necessary to invest at least £ 200,000). The other investment visa to the UK is for an Investor (who invests at least £ 2 million). The investment should be in any business that contributes to the UK economy except for real estate.

Duration of stay: 3 years and 4 months.

The visa applicant must present a confirmation that they had been admitted to a course or degree in a recognized UK academic institution. The student must prove they have enough money to support themselves in England during the period of study (translated bank account statement, signed affidavit from a family member who will support the student if necessary) without the need to work in addition to their studies. More details in our article on the subject.

Length of stay: until the completion of the course.

Can I extend the visa until I receive a UK citizenship?: No.

Does the visa include family members? No.

Can I work and study? Study in obviously at the university you had been accepted to. The ability to work is limited by the type of course and the requirements of the institution.

Family visas to the UK are a common type of immigration visas to Britain. A family visa includes the immediate family (spouses and children under the age of 18) of a British citizen or resident of England (or someone who has a recognized status as a refugee / asylum seeker).
The visa also includes relatives who require care from the family who cannot receive care in the country of origin (dependents) and parents (for children under the age of 18 residing in England).
Family members should be English speakers (unless under the age of 18 or over the age 65).
Present a translated and verified integrity certificate.
The family must live under the same roof in England.
The UK resident must prove that they have enough income to support their family.

Family visa holders and spouse visas are among the few who can receive “public funds” before receiving citizenship. However, visa criteria require proof that the visa holder or family member in England can support their family without help from the state.

Duration of stay: 33 months for parents, up to the age of adulthood for children.

Can I extend the visa until I receive a UK citizenship?: Yes. After 5 years you can get a permanent residence permit.

If both spouses are over the age of 18, one of the spouses is a citizen or resident of England (or has a recognized status as a refugee / asylum seeker) and the two have been married or in a relationship for at least 2 years prior to the application, they can apply for a spouse visa to the UK. The spouse receiving the visa must be an English speaker and have the ability to work or finance themselves in England. If the UK spouse claims to support a partner who cannot or does not want to support themselves, the annual income of the first spouse should be at least 18,600 pounds a year – more if the application includes children. The visa is open to spouses who are not legally married, but in practice, the immigration authorities expect the couple to formalize their relationship within six months after entering England. In addition, it is possible to claim a certain degree of flexibility in the visa conditions for humanitarian reasons (persecution of same-sex couples in the country of origin and other dangers that the spouses will experience if they do not immigrate)

Length of stay: 2.5 years for married couples, 6 months for fiancés or cohabiting partners.

Can I extend the visa until I receive a UK citizenship? Yes. After 5 years of marriage you can get British citizenship.

The applicant for this visa has to show outstanding talent in science, humanities, engineering, medicine, digital technology, or the arts, in the manner as follows: a recognized leader (exceptional talent), an emerging leader (exceptional promise). The talented individual must be sponsored as such.

Duration of stay: up to five years and four months.

Can I extend the visa until I receive a UK citizenship? Yes. The visa can be extended for an additional 5 years and the visa holder apply for permanent residence after 5 years.

This visa is for a person employed by a company which has a branch in England and who is transferred to work at that branch. The company or “sponsor” for the transfer must be on the list of companies that have the right to sponsor an employee in England.

Duration of stay: If the visa holder’s salary is less than £ 120,000 per year, the visa’s validity is 5 years and one month. If the salary is more than £ 120,000, the visa can be extended for up to 9 years. For an employee who merely undergoes training in England, the visa is valid for 12 months.

Can I extend the visa until I receive a UK citizenship? No.

Can I work and study? Yes, provided that this does not interfere with the main occupation of the company.

The applicant must receive sponsorship from a religious institution in England. “Religious work” consists of preaching, working as a spiritual leader, in a convent, and so forth. Unless the sponsor declares that he will support you during your stay in England, you must prove that you have at least 945 pounds to support yourself.

Length of stay: Up to two years.

Can I extend the visa until I receive a UK citizenship? No.

Can I work and study? You can study in theology and work for the sponsor or in a similar (religious) field.

Contact the Petah Tikva law office of Cohen, Decker, Pex and Brosh for information and legal advice on immigration visas to Britain. The firm specializes in immigration and employment in the UK.