Is It Possible to Make Aliyah to Israel on the Basis of a DNA Test?

In this article Joshua Pex, an Israeli immigration lawyer and a partner at Israeli law firm Cohen, Decker, Pex & Brosh, will discuss whether it is possible to make aliyah (immigrate) to Israel by proving you are a Jew or have Jewish origins via a DNA test. 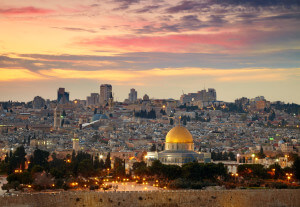 What Does It Mean to Make Aliyah?

Can a DNA test make up for lost documents proving a Jewish heritage?

Our clients often ask: “How can we prove that we are Jewish? Will a DNA test result be sufficient evidence to qualify for aliyah?”

The Israeli Ministry of Interior has a detailed procedure regarding the documents an applicant for aliyah is required to present in order to gain approval for immigration. However, there are those who do not have any documents to prove their Jewish origins, yet through a family tradition, they know that they are in fact Jewish. For example, many Russian families lost all documents showing they are Jewish during the Russian civil war or WWII. Other clients also have parents or grandparents who lost all documents while their country was in a state of chaos.

With the recent biomedical and technological advancements, people are able to take DNA tests that detail their genetic heritage. There are specific tests designed to let people know whether they have Jewish roots. There are even DNA tests that will show whether a person is descended from Jewish priests (Cohen / Levi).

Does a DNA Test Count as evidence for the purpose of Aliyah?

A DNA result that “proves” your Jewish origins does not grant the right to make aliyah according to the Law of Return. The Israeli law and the Israeli Ministry of Interior procedures are in consensus on this issue. An aliyah applicant is required to present documented proof of being Jewish or having Jewish ancestors within the last two generations. Those who don’t have documents require strong testimonial evidence with a solid explanation for the lack of documents in order to be eligible for aliyah and Israeli citizenship.

The reason a DNA test result is not accepted as evidence for aliyah is in part due to the fact that the Law of Return excludes Jews who seek to make aliyah after having converted to another religion. The Israeli legislature assumes that if a person cannot bring documented evidence to show he or she has Jewish origins, it is probably because their ancestors have left the Jewish religion several generations ago; therefore, the genetic link indicating Jewish roots is not sufficient.

But I’ve read online that a DNA test is / will soon be enough for Aliyah!

Such publications are the result of grossly irresponsible journalistic practices. An appellant whose Aliyah request was denied may make any number of claims, each more or less plausible. Until and unless their claims are actually accepted by the Israeli judicial / immigration system, no changes are imminent. Presenting these claims, which are certain to be ignored / denied, as a breakthrough for immigration law, is outright misleading. Seemingly reputable scientific publications taking these claims at face value forces us, as well as other journalists, to question the authors’ credentials.

By all appearances, Aliyah to Israel by DNA test will remain impossible in the foreseeable future. For that matter, if immigration precedent changes to the point of allowing DNA tests as evidence, the news will not be limited to a few speculative articles.

When Can a DNA Test Grant Israeli Citizenship?

Israel’s immigration authorities may require an adult Aliyah applicant to undergo a DNA test in certain circumstances. If their parents were never married, or if the documentation is lacking, a DNA test may prove they are in fact related to a Jewish parent / grandparent.

Note that this DNA examination is not intended to show some general connection to Jewish heritage for the purpose of aliyah to Israel, but rather to prove that the person in question is the child of a specific Jew or an Israeli citizen.

If you are looking for answers regarding your aliyah process in general, aliyah to Israel by a DNA test, or seeking assistance from an Israeli immigration lawyer, please contact us.