Reasons for refusal of entry into Israel at border crossings

What are the reasons why visitors to Israel may be refused entry?

The Legal Basis for Refusal of Entry into Israel: 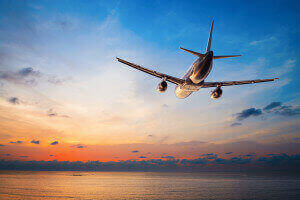 According to the 1952 Entry into Israel Law, the Minister of the Interior has a great deal of discretion on issues of visas and entry to Israel. The minister of interior and the immigration officers at the border crossings may allow or deny permission to enter Israel for any visitor who is not a resident or citizen of Israel. This authority allows also to deport non-residents or non-citizens. The legal basis is the principle of territorial sovereignty – the right of each state to determine who may cross or reside in its territory. The decision can be logical and taken with due care, or even apparently arbitrary, but still legal. Of course, the reasons for refusing entry or expulsion from Israel are usually anchored in the law, legal precedent, and common sense, as detailed below.

The procedure for handling persons entering Israel’s international border crossings determines that, according to the authority of the Minister of the Interior, a Border Control Officer may investigate, delay and decide to refuse entry to visitors in Israeli territory.

However, the Supreme Court of Israel, sitting as the High Court of Justice, ruled that the discretion of the Minister of the Interior is not absolute. Administrative decisions regarding refusal of entry into Israel are subject to judicial review. Therefore, if a decision to refuse entry to Israel was made due to an error, improper considerations, or was made unreasonably and disproportionately, an internal appeal can be filed with the head of the Border Control Department at the Population and Immigration Authority in Jerusalem. If the internal appeal is rejected, any further appeal must be filed with the appeals court of immigration.

How are visitors are border crossings questioned?

When a tourist arrives at a border crossing (at the Ben-Gurion Airport, a port or a land crossing), he is required to present a travel document (usually a passport) valid for 6 months beyond the planned period of his stay in Israel to a Border Control officer and undergo a series of questions. The Israeli border controller will question the visitor about his identity details, cross-referencing them with travel document, as well as about the purpose of the visit and the planned duration of his stay. The controller will record these details in the system and according to the level of suspicion or lack of suspicion aroused by the visitor’s replies, will confirm his entry into Israel or require an additional, more in-depth, interview.

In the event that the controller feels the need for further questioning, the visitor will be further interviewed in a separate room. There, the visitor is asked: Did he visit Israel previously, when and for how long, was he ever expelled from or refused entry to Israel. Did he work in Israel in the past, or sought to immigrate to Israel, or requested asylum in Israel. Who is expecting to meet him in Israel, and more. In addition, the visitor will be required to present evidence of his claims, and may be requested to contact the persons waiting in Israel to confirm his comments.

What are the reasons for refusal of entry Israel?

The common reasons for refusal to allow entry into Israel can be classified into several categories. Mainly, these are issues of proper documentation, threat to security, and unauthorized immigration:

1. Lack of documents or falsified documents. If the travel document (passport) or entry visa are lost, destroyed, forged, raise suspicion or contradict each other.

2. Fear of public or state security – a history of violent behavior, security concerns, information about a criminal past, BDS activity, and similar issues.

3. The visitor arrived without the visa or summons which is required to enter Israel (for example, a foreign spouse of an Israeli citizen or spouse / close relative of a foreign worker in Israel).

4. The visitor apparently plans to illegally work or settle in Israel.

5. Refusal of entry / deportation during a previous visit to Israel (note that this concerns not just the period of automatic entry refusal after a deportation, the procedure requires the border control personnel to take note of all previous refusals of entry).

7. The visitor worked in Israel in the past but now attempts to enter Israel as a tourist.

8. Exceeding the duration of one’s visa during a previous stay.

Any lack of cooperation, attempt to mislead or anything that raises the interrogator’s suspicion, can be a reason for refusal of entry. Note that border control does not need to “prove” these accusations, only “reasonable suspicion” of the interviewee.

Which visitors will not be denied entry even if some of the reasons above apply?

Any visitor arriving on a state mission, with a diplomatic visa or a service visa, is not subject to the provisions of this law. A diplomat or diplomatic attache / Embassy employee will be questioned when entering Israel, but the Ministry of the Interior may not refuse to grant an entry permit in this case. Only the Ministry of Foreign Affairs has the authority to deport or refuse entry to foreign diplomats.

Contact the advocate offices Cohen, Decker, Pex and Brosh in Petach Tikvah and Jerusalem for information or legal assistance if a visitor to Israel is refused entry, whether due to one of the reasons mentioned above, or otherwise.