The most powerful passports in Europe 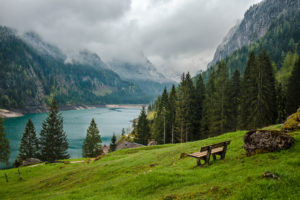 Europe has always been at the top of the list of most valued passports in the world. Despite the Covid-19 pandemic bringing global travel to a standstill for some time and changing the rules of international travel as well, Europe continues to bag the top spots in the list.

The Polish passport: If you are an Israeli or an American citizen with Polish roots, you can be the owner of one of the most powerful passports in Europe. Poland joined the EU officially in 2004, and citizenship in this country gives you the rights to vote, live, study and work across 27 member states of the EU.

The Dutch passport: If you are a citizen of Switzerland or any other EU/EEA, you can live, work and move freely in the Netherlands and need not report to IND ( Immigration and Naturalization Service). Alternatively, those who have lived in the Netherlands (or other EU countries) for more than five years as citizens can apply for permanent residence and Dutch passport.

In some cases, to receive a new passport, you may have to give up your citizenship in your original country. But there are some nations that do not demand relinquishing your original passport, and some allow you to trade one passport for another.

There are some EU countries that allow their citizens to hold multiple passports at once to alleviate certain travel restrictions. Some of these countries are Germany, France, Ireland, and Malta. This makes it easier for you to travel when one of your passports is at a consulate for the visa approval process or if you need to apply for another visa while already in a foreign country.

Cohen, Decker, Pex, and Brosh, helps Israeli and American citizens apply for and obtain a European passport. Our elaborate assessments and ensure that all your needs are taken into account when planning for European citizenship. Getting citizenship of EU nations like Austria, Portugal or Spain, is now easy with the best solutions offered by our law office.