Can I Get an Austrian Passport If My Grandmother was Austrian?

It is not possible to acquire Austrian citizenship purely through your grandparents. However, if your grandmother (or grandfather) lived in Austria proper and successor states of the former Austro-Hungarian monarchy between 1933 and 1955 and was persecuted by the regime, you’re entitled to Austrian citizenship. Supporting evidence, in the form of official documents, is necessary to obtaining Austrian passport through grandparents. 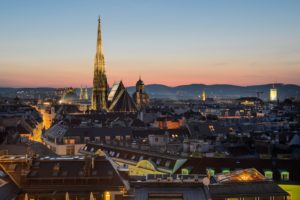 Until 2020, acquiring Austrian citizenship was a bit of a hurdle for the descendants of Jews who fled the Nazi repression machine that had taken hold in Austria during World War II. The law covered Jews who were forced to leave the country up until 1945. Descendants of only male Holocaust survivors were eligible. So, the answer to ‘Can I get an Austrian passport if my grandmother was Austrian?’ would have been different even a year ago.

With the amendment, obtaining an Austrian passport has become more accessible. The law offices of Cohen, Decker, Pex and Brosh have observed a huge interest among Jews in Israel as well as in the United States and Canada about their chances of becoming EU citizens. One among many reasons is the fact that they can keep the passport of their home country while also enjoying the benefits of dual citizenship.

When obtaining an Austrian passport via grandparents isn’t an option, you can consider other ways, including citizenship by birth.

You’re automatically eligible for Austrian citizenship if either your mother or father is an Austrian national. It is similar to obtaining French citizenship if one of your parents is French, even if you were born in a different country. If both your parents are Austrian, it doesn’t matter whether or not they were married at the time of your birth.

Marriage to an Austrian citizenship is yet another route to the country’s citizenship. In this case, you should have lived in Austria with a Settlement Permit for at least six years, and stayed married to your spouse for at least five years.

Descendants of Jews who were expelled from European countries, including Portugal, have the legal recourse to reconnect with their roots. If your grandmother or grandfather was a Sephardic Jew who was expelled from Portugal five hundred years ago, you’re eligible to receive a Portuguese passport. The country’s laid-back lifestyle, great weather and low cost of living already make it a top expat destination.

Is one of your ancestors a Polish citizen? You can apply for Polish citizenship by showing family ties with the particular Polish family member.

Depending on your financial position, you can take the European citizenship by investment route. It works a bit differently from country to country. Austrian citizenship rules require applicants to invest actively in the country’s economy, the goal being to create jobs or generate export sales. Golden visas offered by Bulgaria, Malta, Greece, Latvia and Spain, among other EU countries, have other requirements.

The law offices of Cohen, Decker, Pex and Brosh can help you obtain an Austrian passport through grandparents, or identify a different path to Austrian citizenship. Our emigration experience covers many EU member states, so get in touch if you’re committed to acquiring a European passport.