Civil Marriage in the Czech Republic for Israeli Couples

Within the borders of Israel, marriage is only possible between two members of the same religion, according to religious law. Couples who cannot get married in a religious ceremony, whether due to being members of different religions or other reasons, must marry abroad. As a result, many Israelis choose to conduct their civil marriage in the Czech Republic.

Czechia permits couples to conduct a civil marriage ceremony even if neither spouse is a Czech citizen. This is one of the reasons why it became a popular wedding destination for many Israelis. The ceremony is inexpensive in comparison to wedding ceremonies in Israel, the Czech Republic is just a short flight away, the process is relatively simple, and the marriage can be recognized in Israel, provided the Ministry of Interior cooperates. However, it must be said that the process is slightly more complicated than getting married in Cyprus, the most popular destination for Israelis who wish to be married in a civil ceremony. 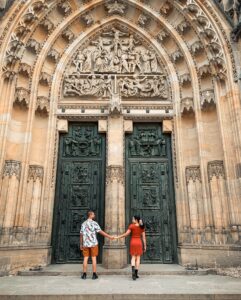 Immigration experts from the Cohen, Decker, Pex and Brosh law offices are available to offer their legal expertise and advice on issues relating to obtaining and procuring legal status in Israel. Our office frequently aids couples wishing to get married in the Czech Republic; our lawyers accompany foreign citizens married to Israelis through the complicated process of immigration and becoming Israeli citizens.

Civil Marriage in the Czech Republic – who is eligible?

Israeli law states that marriage between Jews in Israel can only take place according to Torah law, under the authority of the Rabbinical courts. There are similar laws in place regarding Christian and Muslim Israeli residents and citizens. This means that civil marriages in Israel are not legally valid and will therefore not be registered with the Ministry of Interior (Misrad HaPnim).

Many Israelis are unable to or are not interested in getting married according to religious law. Possible reasons include; the couple’s preference for a civil wedding rather than a religious one, or if the couple is a mixed couple, where the two parties are of different faiths, and are subsequently not allowed to get married in Israel.

Therefore, in order to register as a couple in the Ministry of the Interior, many couples choose to get married in a civil wedding service in the Czech Republic, where they receive their civil marriage license, and are recognized as married upon their return to Israel

What documentation is required for a civil marriage in the Czech Republic?

If you are a citizen of the Czech Republic, you must provide:

If you are a foreigner, you must provide the following documents:

All documents issued outside of the Czech Republic must be legalized and receive an apostille stamp. Public documents issued in Israel must be equipped with a certificate of authenticity or signature. These documents must then be translated by a Czech court translator. Additionally, Czech law requires an officially authorized court interpreter to attend the wedding ceremony if either party does not speak Czech.

In this article we have briefly explained the process of getting married in the Czech Republic, and the reason that so many Israelis prefer to get married in a civil ceremony, rather than a religious one. If you have additional questions or wish to receive assistance with the process of obtaining a civil marriage license in the Czech Republic, we are more than happy to help. Our Cohen, Decker, Pex, and Brosh law offices in Tel Aviv and Jerusalem have many years of experience in representing and aiding couples in the process of procuring legal status in Israel. 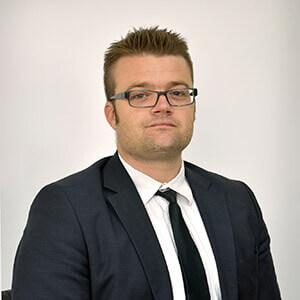