The growing crime rate in Israel has increased the need for empowering crime victims. They are not considered party to criminal proceedings and therefore have limited ability to affect the outcome. Accordingly, the law has been revised in recent years, enabling crime victims to take a more active role in the proceedings and to be heard as part of the process. In this article we will expand on the central rights of crime victims and how they can be implemented. 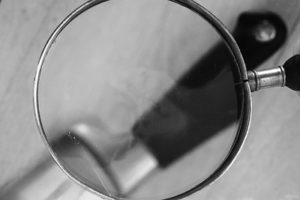 In 2019 the Israeli police published a report on crime rates in Israel. According to the data, in 2018 over 320,000 criminal cases were filed. Furthermore, sex crimes and violent crimes appear to be on the increase. Technological advances have brought new kinds of crimes, such as cybercrimes and crimes against children on the Internet. The resulting burden on the courts leads to, among other things, many cases being closed with plea bargains or not being heard in court. Given these situations, the status and rights of crime victims require protection, since the victims are not considered party to criminal proceedings and therefore have very limited ability to affect the outcome.

To address this issue, the legislature has passed the Crime Victims Law, which has been amended and updated several times over the last decade, alongside additional legislation on this issue. This has expanded the range of crime victims’ rights during and after the criminal proceedings. The following are several central rights included in the law.

The right to attend hearings and read the indictment:

In the discovery stage the crime victims are generally entitled to attend hearings, even if they are closed. A crime victim is even entitled to be accompanied by another person of their choice. In court, the law also provides them protection from unnecessary contact with the accused or their relatives. In addition, victims are entitled to read the indictment and receive a copy of it for themselves or for the attorney representing them, except for exceptional cases in which viewing the indictment is not possible.

The right to be heard before the verdict is handed down:

If the accused is convicted, victims of the crime are entitled to be heard in court, both in writing and orally. They have the right to submit a written declaration of the damages caused to them by the crime (including physical, mental and property damage), and the prosecution is required to present the declaration to the court. However, it is important to take into account that the crime victims may be requested to testify regarding their declaration and even undergo cross-examination. Separately from declaring damages, crime victims can independently request to testify in court before the verdict is handed down.

The right to claim monetary compensation:

There are several ways in which crime victims can claim compensation for damages they have suffered. Aside from the possibility that the court may rule for compensation as part of the criminal proceedings, crime victims can file a separate civil suit and in some cases even make use of the faster track of a claim attached to the criminal proceedings. For more information on this topic, see an additional article on our website.

It is important to note that in addition to all the rights listed above, the law provides further rights for victims of sex or violence crimes. We have devoted a separate article, published on our website, to this important topic. Furthermore, the law has been updated several times over the last few years and it is likely that it will undergo further updates.

The rights of crime victims are no minor issue, but many people are not aware of what these rights include. As stated before, the judiciary system and law enforcement authorities are overburdened, so many issues of crime victims fall between the cracks. Therefore, it is important for crime victims to be vigilant and actively seek out their rights. It is possible and even highly advisable to seek the assistance of an expert attorney for this purpose.

If you seek to understand your rights as a crime victim and how you may claim monetary compensation, we will be happy to help. Contact the Cohen, Decker, Pex and Brosh law offices in Jerusalem and Petach Tikva for legal counsel and assistance. We specialize in offering legal assistance to crime victims and representing them in all legal proceedings. 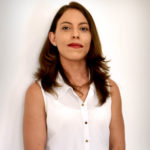