Relocate a French Company to Israel

This article addresses how to relocate a French company to Israel. During the last few years, business relocations between France and Israel have been increasing. Our law firm, Cohen, Decker, Pex & Brosh, provides some important considerations before embarking on a business relocation to Israel.

While this article specifically addresses French businesses, we also provide these services for other international businesses seeking to relocate to Israel. It is important to note that Israeli corporate law falls under the jurisdiction of the Israeli Corporations Authority. 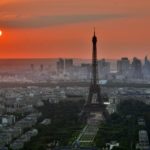 The first thing to consider is a subcontracting contract between an existing foreign company structure and the future Israeli structure, justifying the establishment of a foreign company in Israel. Note that the French (or other foreign) tax authorities will be inclined to verify the merits of any export funds if it finds a fiscal or legal relationship between the two entities. Many entrepreneurs wonder what is the best option: opening a subsidiary of the French company or creating an independent Israeli society. The question then is: Can a French tax resident open an LLC in Israel?

Steps to Relocate a French Company to Israel

After finding the local representative, the steps to relocate a foreign company to Israel are as follows:

– Legal registration in the Rasham HaHavarot (Company Registrar) with the help of an Israeli lawyer. You can begin this process in a foreign country by signing this paperwork at the local Israeli consulate.

– Signing of tax documents at a notary authorizing the representation of your representative.

– Opening an account in a commercial bank. It will be necessary to bring a stamp of the society beforehand.

– Choosing a chartered accountant and signing all the documents necessary for opening the company at the Registrar of Businesses and Taxes.

Reasons to Relocate a French Company to Israel

The conditions of employment are more flexible and light than in France. There is no type of fixed-term contract, and an employee who is not doing his job properly can be dismissed and replaced without any particular difficulty. Knowing that an employer has no fixed contribution to pay and that all expenses are a direct percentage of the payroll is preferable to some companies. In other words, if in a given month of the year, an employer does not provide wages for his employees because of a seasonal activity, he will not pay any contributions for that month. The following list provides detailed information that will allow for comparison between Israel and France.

The employer’s expenses break down as follows:

The employee’s contributions are as follows:

Every employee pays his monthly tax when it is directly deducted from his salary by his employer. The employer regularly passes on the tax to the tax authorities. As a result, it makes more sense to set hiring wages in gross and not net. To fix them in net would be to pay the salary of the employee in addition to the social charges.

Israel has a large pool of competent French-speaking staff, allowing many offshore companies to be profitable and efficient. This is all the more true, given the large number of French companies that have opened in Israel, such as call centers or web production companies, which are profitable and in constant development.

Other tax information of interest: Corporate taxes are 23% and dividend taxes are 30%.

If you seek to relocate a French company to Israel (or a foreign company from another country), we can provide assistance along the way.