Release of Deposit and Pension Funds for Asylum Seekers During Coronavirus

During the spread of Coronavirus, many Israeli workers have gone on unpaid vacation and were forced to request unemployment benefits. But what about asylum seekers who were fired during the epidemic and cannot leave the country? A special decision on the release of asylum seeker deposits permits them to request the pension funds and deposits, accrued from their work pay, which they were supposed to receive upon leaving Israel.

The funds amount to thousands of shekels. Their release could help the population of asylum seekers in providing for themselves and for their families during this difficult time. The law office of Cohen, Decker, Pex & Brosh would be happy to assist you in this issue.

Restriction and Inability to Work During Coronavirus Pandemic

Due to the Corona crisis which has affected the whole world, Israel being no exception, the State of Israel has implemented many restrictions that prevent many workers from going to their jobs. As a result of these restrictions, more than one million employees in the Israeli workforce have been forced to go on unpaid vacation and file for unemployment benefits.

The office of Cohen, Decker, Pex & Brosh, which specializes in labor laws, has submitted a petition to the Supreme Court in order to speed up the date when the unemployment benefits will enter the bank accounts of the many unemployed workers in Israel.

Unemployment, which has grown astronomically due to the Coronavirus epidemic, has also affected asylum seekers in Israel. Regardless of political opinions on their status, they need money to buy food for themselves and for their families, and currently have no ability to leave the country, even if they wanted to. 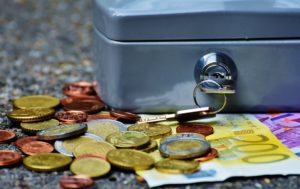 Section 1-11 1(a) of the Foreign Workers Law, 1991 states that up to 36% of the pension funds must be set aside for asylum seekers, with 20% of this amount being set aside from the employee’s own gross salary (thus the salary is reduced by 20%), and 16% is paid by the employer.

This arrangement is intended to encourage asylum seekers to leave Israel on the date set, and not to linger in the country when they have the ability to return to their country of origin, or when they have found another practical solution (such as finding another country of asylum, for example).

You can learn more about the funds that need to be deposited for foreign workers / illegal immigrants / asylum seekers / refugees in our article on the subject.

There has been much criticism against this policy, and a petition was even filed against the legality of the aforementioned legal arrangement in case 2293/17 Garsghar vs. The Knesset (“Supreme Court ruling on deposit funds for illegal immigrants”). In any case, this is the policy that was enacted in Israel as of the date this article was published, April 12, 2020.

Releasing a Portion of the Deposit Funds During the Coronavirus Period

In the decision made on April 7, 2020 in the case about deposit funds for illegal immigrants, the Supreme Court announced that is was to be a “memorandum to the law of deposit payments for a foreign employee who is an illegal immigrant (temporary provision – the novel Coronavirus), 2020.” Accordingly, asylum seekers can withdraw significant portions of their deposit funds prior to leaving the country.

Note that this is a revolutionary legal memorandum, as these are monies that asylum seekers can withdraw even now. This takes into consideration that many of the asylum seekers probably did not leave the country at the date set (and in these circumstances, as stated, the State can deduct from those same deposit funds as a sort of fine for delay in departing the country).

As of the day this was written, the memorandum to the law has been circulated amongst the public for commentary, and it appears that it will come into effect soon.

In accordance with the memorandum to the law of deposit release for asylum seekers, and until the end of June 2020, asylum seekers will be able to withdraw up to 2,700 NIS each month, starting on the date they were fired or went on unpaid vacation.

Asylum seekers who wish to withdraw these funds will need to produce written proof of dismissal from their employers, and prove that they have private medical insurance during this period in which their employers are not insuring them.

Attorney Michael Decker from the office of Cohen, Decker, Pex & Brosh, specializes in immigration to Israel, labor laws, and everything related to the laws of deposit funds for asylum seekers, as well as in the release of those funds for said asylum seekers.

If the current memorandum to the law goes into effect, every asylum seeker in Israel who has stored up enough deposit funds can withdraw up to 2,700 NIS each month, starting from mid-March 2020 until the end of June 2020. This adds up to the substantial accumulative amount of more than 9,000 NIS.

In the current legal situation, and if the law does not change following the Supreme Court ruling on deposit funds for illegal immigrants, it is undoubtedly recommended that every asylum seeker take advantage of the opportunity and immediately withdraw the maximum amount of pension funds that they are able (since those funds may be deducted in the future).

Do not hesitate to contact one of the lawyers specializing in this topic from the office of Cohen, Decker, Pex & Brosh for any questions, clarifications, and/or updates regarding the release of deposit funds for asylum seekers during the Coronavirus epidemic.