Missionary activity in Israel – is it legal? what could be the consequences

What are the implications for local and visiting Christians and Messianic Jews?

Israel is a “Jewish and Democratic” state 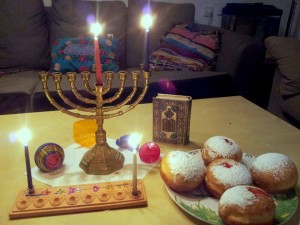 Israel was founded in 1948, based on a United Nations resolution, in order to be the national home for the Jewish people. The Israeli Declaration of Independence, singed by David Ben Gurion, Israel’s first Prime Minister, and the nation’s founding fathers, states that:

“Israel will ensure complete equality of social and political rights to all its inhabitants irrespective of religion race or sex; it will guarantee freedom of religion, conscience, language, education and culture; it will safeguard the Holy Places of all religions; and it will be faithful to the principles of the Charter of the United Nations.”

It is important to note that Israel doesn’t have a Constitution. However, a set of Basic Laws fulfill a similar role of guiding legislative efforts and judicial interpretations. In 1992, the Knesset passed the Basic Law: Human Dignity and Liberty, which declares Israel as a “Jewish and Democratic” State. The Israeli Supreme Court ruled that basic human rights, such as the right of freedom of religion and conscience and freedom of speech and expression – are protected in Israel, since they are an inherent part of a person’s dignity as a human being.

Statistics – Israel is a Jewish State with large religious minorities

According to the Israeli central bureau of statistics published report of January 2017, Israel has 8.6 million inhabitants. 74.8% are registered in the Israeli population registry as Jewish. 20.76% are registered as Arab, mostly Muslim, but about 10% of the Arab Israeli population is Christian. It’s also interesting to note that 4.5% (384,400 Israelis) are listed a lacking a religion, as Non-Arab Christians, or as members of other religions.

Israel is a Jewish and Democratic State; therefore the laws reflect both the Jewish Rabbinical traditions, as well as obligation to international conventions and norms regarding human rights and freedoms. State agents such as the Courts and law enforcement authorities maintain the right of freedom of expression and freedom of religion for minority groups in Israel.

For example, the Magistrate Court in the Ornan case (1987) ruled that:

“The spread of opinions by way of distribution of flyers to passerby’s in public places deserves special recognition and protection of the court since it’s not only the cheapest method to spread opinions, but also since it’s sometimes the only way of expression for the weaker parts of society and citizens from lower social economic classes, who are without means to the mass media…”

Limits to freedom of religion – what missionary activity in Israel is not allowed?

Questions regarding missionary activity in Israel usually arise in connection to Christian organizations, or messianic Jewish groups, such as Jews for Jesus. The reason is that these believers often see evangelism to the Jewish people in Israel as a fundamental part of expressing their faith.

In Israel it’s legal to express a person’s world view, including religious beliefs, even if they are not accepted by the majority of the public. The exception to this rule is what is known in Israel as the “Missionary Law”. The “law” is actually composed of two separate sections of the Israeli criminal code; the first, section 174 of the Penal Code – 1977, forbids a person to proselytize another to change his religion by means of material benefit. The second, section 368 of the Penal Code, forbids persuading or encouraging a minor (under the age of 18) to change his religion. This law also forbids to conduct any ceremony for a minor to change religion, without the consent of both parents.

Refusal of entry to Israel due to suspicions regarding missionary activity

The Israeli border control immigration officers are authorized to approve or refuse entrance to Israel for foreign visitors who wish to enter Israel as tourists. The border control officials have a wide range of discretion when making the crucial decision to deny entry to Israel for a potential visitor. In July 2017 the Ministry of Interior published an updated list of reasons that may cause denial of entrance to Israel. The common reasons are suspicion of illegal immigration to Israel, or working without an Israeli work visa. Obviously also security concerns are a valid reason for refusal of entry to Israel. However, it’s important to note that also suspicion of missionary activity was placed for the first time on the list of reasons for refusal of entry to Israel.

Expulsion of tourists from Israel due to missionary activity

Visitors who enter Israel with a B-2 tourist visa usually receive an approval to stay in Israel for 3 months. However, in certain circumstances, even after entry to Israel, a tourist may find himself arrested by the Israel immigration police. Following the detention the visitor is brought before an immigration tribunal and handed an expulsion order out of Israel. Thereafter the immigration authority workers will proceed to fly this person back to their country as fast as possible. It has happened in the past that tourists visiting Israel have been expelled from Israel due to allegations regarding missionary activity. These cases usually involve the tourist participating in a public missionary campaign with a high profile organization. This activity may attract resistance from the local public and complaints to the police. Even though the allegations may be false, it’s extremely difficult to stop the expulsion process once it starts.

It should be emphasized that the Ministry of Interior is particularly suspicious of Christians and Messianic Jews in relation to aliyah to Israel. It is therefore recommended to receive legal council prior to starting such a process. Regardless of the legally grey zone surrounding these issues, a person actively engaging in missionary activity in Israel, will almost certainly be denied the right to aliyah. This is because Christian proselytizing is illegal and considered to be going against the purpose of the Law of Return.

In accordance with the Law of Return, any Jewish person (or descendant of a Jewish person up until the third generation) in entitled to obtain the status of an ‘ole‘ (new immigrant) in Israel, as long as they did not convert to another religion. In general, the State of Israel considers Messianic Jews to be Christians, and any Jew that joined the Messianic stream of Judaism as a convert to Christianity. Thus, aliyah to Israel for a Jew that converted to Christianity is very difficult. That said, there is no legal prohibition for a person that is not Jewish according to Jewish Law (does not have a Jewish mother) to make aliyah. This applies even if they are part of another religion, as long as they did not convert. This applies also to Messianic Jews whose mother converted to Christianity before they were born.

Please contact us if you have any questions regarding visiting Israel, visas to Israel, or Israeli immigration law.