We were in a devastating situation when my wife received an order from the immigration office to leave Israel within 30 days, without any explanation, after we have been married and in the process for six and a half years. We heard of Advocate Pex through a friend of a friend. We contacted Mr. Pex and he was ready to help us when he heard of our situation.

The service is amazing! Always ready to assist without regard to the time it takes. The advice Mr. Pex gave us was great, such as what to do, he gave useful links, and advice about which officials to contact. The price for the service was great!

The process until we received the extension for another year for my wife was not long (3 months). Things started moving once Mr. Pex came into the picture.

We highly recommend Advocate Joshua Pex! We achieved our goal and the fear of deportation has been lifted!

Oded Ger did an excellent job by reviewing a modeling contract I was offered. Explained the bad clauses in the contract, and their possible consequences. Thank you for your amazing job, your professionalism, your consultation and honesty. You showed me from your experience how it can be done differently. It was the best decision choosing you as my lawyer.
I highly recommend this firm, especially Oded Ger.

Joshua Pex was both an amazing human being and an inspiring human rights attorney. I reported directly to him for various activities I performed as in intern. I was impressed with his incredibly solid character. He is trustworthy, fair, and goes above and beyond to advocate for the vulnerable. He is completely trustworthy and high caliber in his work. His partners and employees are very blessed to work with him. I am honored to know them.

Extrmely friendly, professional and helpful. A big thank you to Irina especially from the Jerusalem office. Highly Recommended.

I really recommend the law office's services. The service is very professional and efficient, the price is right. I am satisfied with the services I needed and happy to have known them.

We were searching for a law firm that will be honest with us and really work hard for a satisfying result, it wasn't an easy task
We found them online; they were the only law firm from all of our searchings which were completely honest and NOT gave us just what we wanted to hear
Using them guaranteed honesty above all. A legal team that is friendly and cares for a superb result
They really care about helping their customers without any other interest
Nadia gave us service behind what we expected; she was professional which lead to fast and easy process with great result
We definitely recommend using them

Mr. Joshua Pex is knowledgeable and Professional. I really appreciate his courteous and direct approach.

The team of lawyers and assistants are incredibly professional. Aiming to give their clients the advice possible regarding the normative and the law of Israel. With well trained and professional secretary at the front desk to the lawyers team, I could say that I had one of the most professional services possible. I'm super glad of choosing Joshua Pex of Law office for immigration solution, lawyers to advise in my case, to me, it is remarkable.

EU PASSPORT ! Big news! Thanks to Michael Decker and the other good people at the law office, as well as to the virtue of my ancestors, the cruelty of the Inquisition, reparations issued in the Iberian Peninsula, and etc, I am delighted to be on track for Portuguese and European Union Citizenship! A truly incredible development and one which brings me deep joy.

I can highly recommend these services!
Every time we turned to Joshua we always got a professional quick and helpful respond.

Party time in the heart, my beloved husband received his residence after so much time of battles and faith. Gratitude, God has blessed us with wonderful beings who have accompanied us, including a "precious angel" who touched our hearts, our excellent and fantastic lawyer: Maria Chernin Dekel, sweet and wonderful human being, who has guided us and stayed On our side. side in this intense legal transit whom we bless on every occasion. God bless you dear Maria, you have exceeded your professional duty by containing us and collaborating with us in hard times, very hard, for that we want to thank you publicly, you are unique!!!
We bless and thank the entire team at Decker Pex Tal Ofir Law Firm.

We are very happy with the services. Somehow they managed to translate the law lingo into language we actually understand 😉 and their outstanding YouTube videos helped us to have a better grasp of what process we had to go through. Their patience, clear explanation and experience are very valuable. It's also very nice to know that you will receive response promptly; it made us feel we can really trust their services. We recommend all those looking for immigration lawyers to get in touch.

Josh has been helping me on and off for a few years now. I have needed legal advice and assistance with immigration due to a complex situation of mine, and he has been extremely available and responsive, honest and clear about my route and how to proceed. Very much recommended!

Incredibly knowledgeable, approachable, accessible, and evident across the board that they truly care about the people they are helping. They are quick to respond, engaged, and obviously top-notch lawyers. I couldn't recommend them highly enough. Thank you, Joshua and Itamar for your help with our Joint Life Application. You were a calming energy during a storm - always breathed a sigh of relief after speaking with you. It is so difficult to get straight answers from the Misrad Hapnim, but you guys are straight shooters. I appreciate your candor and evident integrity. Hope to work with you in the future, and will send everyone I know in need of legal aid your way. Thank you for your guidance and support.

We highly recommend Adv. Mike Decker and have know him for many years. He has helped our family with many battles over the years. We recently received our permanent residency after 23 years in Israel. We so much appreciate Mike’s representation of us.

I am delighted to report that my wife and I have just obtained our Israeli citizenship. We will be forever grateful for all of the help, guidance and support which Ariel Galili of Decker, Pex, Ofir & Co. provided through this process.
I am a Jewish, 80-year-old American, and my wife is not Jewish. We had started the process on our own back in November 2020 via the Jewish Agency and Nefesh B’Nefesh, but soon became entangled in the delays and often-changing regulations due to Covid-19. The pandemic also caused delays in obtaining the required apostilles for various documents from various state agencies and the US State Department.
We found Decker, Pex, Ofir & Co. On the internet and began working with Ariel in late November 2021. Ariel did a superb job of leading us through the process, helping us to understand which documents were essential, which would most likely be required, and which, though included on the list of required documents, were rarely required. He helped us several times to understand what was likely and unlikely to occur as “the next step.” Helping us manage our expectations was extremely useful to us.
Besides his knowing the laws, regulations and procedures, Ariel also made us feel that he was truly interested in helping us to successfully work through this process in as smooth, timely, and frustration-free manner as possible.
My wife and I strongly recommend anyone planning to go through this process seriously consider hiring Decker, Pex, Ofir & Co. and, specifically, Ariel Galili.

A really excellent firm. They knew exactly how to handle my situation effectively and efficiently, and we got the result I needed without much fuss. Adi Berger was a wonderful advocate for me and I am deeply grateful for her help!

Compensation for Israeli terror victims – someone who suffered injury to body or property as a result of the Israeli-Palestinian conflict is entitled to compensation. This covers a wide range of cases, from someone physically injured in a terrorist attack, to someone whose home was damaged by a Qassam rocket, or whose business was indirectly harmed, to someone whose bag was blown up after being mistaken for a suspicious item. Someone who was directly injured as a result of terrorist activity, as well as someone injured by activities of the security forces, can receive compensation.

The relevant laws in this case are the Tax, Property and Compensation Law, 1961, and the Law of Compensation for Terror Victims, 1970. According to the language of the law, those entitled to recognition as victims of terror are those who were injured by activities of forces (military, paramilitary, or irregular) of a country or organization hostile to Israel, as their emissaries or on their behalf. However, as stated above, it is also possible to obtain compensation for damages caused by Israeli security forces in their operations against hostile countries or organizations.

Attorney Michael Decker, a partner in our office, will explain who is eligible to receive compensation as a victim of terror, how such an injury is actually defined, how does one demand compensation in practice, and what compensation can be obtained. 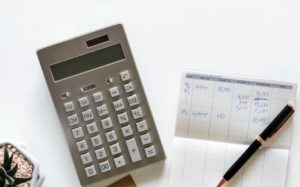 Who do you turn to in order to obtain compensation as a victim of terror?

To obtain compensation, you must apply to the Compensation Fund of the Tax Authority. The Fund’s appraisers are supposed to come to the site of a terrorist act, shortly after the security forces and first aid have finished, in order to estimate the cost of the damage.

In addition, the Fund publishes a guide to citizens whose property was damaged by acts of war and terror, which explains in detail how the process works.

Within what time period may one apply for compensation?

What documents must be included with an application for compensation?

First of all, you must attach a report of the “certifying authority” that the damage occurred as part of a terrorist act. In almost all cases, the “authority” is the Israel Police. However, if a different party in the security forces is responsible for the results of the act, it may be possible to obtain certification from that body.

An injured party can provide an estimate of the damage caused by the act of terror. If personal possessions were damaged, you can present the objects (or what is left of them) directly to the Fund. Fund representatives have the right to make their own appraisal to estimate the damage.

In addition to monetary compensation for damaged property, someone who was physically injured as a result of an act of terror, or his family, are entitled to:

Our law offices in Tel Aviv and Jerusalem are at your service. If you are applying for compensation as a victim of terror, we will be happy to help. Make an appointment with our office to get information on relevant Israeli law as well as legal assistance. 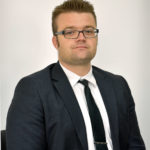 How to choose an Israeli lawyer

Party Registration in Israel – advice by and Israeli lawyer

Drug Use During Israeli Military Service

Self-employed workers in Israel versus employees

How to Find the Right Lawyer in Israel

Is it Easy to Start a Business in Israel

Enlisting of Jews and Israelis residing abroad into the IDF

Exploitation as a Reason for Canceling a Contract in Israel