Party Registration in Israel – advice by and Israeli lawyer

How to apply to list a party in the Party Register?

Party registration in Israel is a relatively complex process. The bureaucratic procedures and paperwork are not that complicated – the difficult part is finding and proving the public support necessary to establish a party. The law firm of Cohen, Decker, Pex and Brosh has experience in corporate and company law, and can help you establish a political party in Israel.This article by Michael Decker, an Israeli lawyer in Jerusale, will explain the process of registering a new party in the Party Register of the Ministry of Justice

What are the requirements of party registration in Israel? 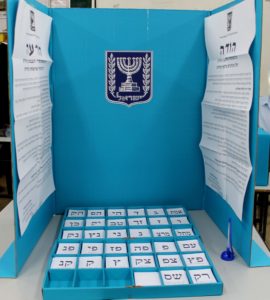 One of the important things when registering a new party, is the demonstration public support. The relevant laws for party registration in Israel are the Parties Law, 1992 and the Political Parties (Registration and Reporting) Law, 1993. Both there laws note that the establishment of a new party must be due to genuine need or public pressure. A new party must be formed if the public or a segment thereof genuinely believes there is room and need for a new party. The party can promote a single policy or a number of specific issues. It can promote an ideology that is not represented by existing parties. But a party can not be a project whose sole purpose is personal promotion, and certainly it cannot be an mockery whose sole purpose is to benefit the founder in one way or the other, as had happened in the past.

A request to register a party in Israel requires the signature of at least one hundred (100) founders. The term “founders” is a little misleading – the founders only have to approve the registration of a new party. It is possible that the founders will have no official or unofficial role in the party itself when it is formed. The founders do not have to be on the party’s ballot list, have a meaningful position in the party, or even be registered as members of the party once it is established. The founders, who (ideally) should be well known and influential individuals, provide their signatures for the purpose of registering their support for the establishment of the party, its goals and the overall necessity of its existence.

Properly registering the founders’ signatures in support of the party:

A request of party registration in Israel will specify the party’s name, objectives (a brief draft of the party platform), bylaws (see below), and the address of the party headquarters. All one hundred (or more) of the party’s founders are required to attach their signature and details to the application – the relevant details including their name, date of birth, ID number, occupation and address. In addition, every founder must fill out a form which confirms that they are an Israeli citizen. The signatures of all 100 founders will be witnessed and verified by an Israeli attorney on the basis of the founders’ identity documents. It is generally convenient for all those involved in the establishment of the party that all the signatures be recorded and authenticated during a single event, public or private, which is considered the party’s founding date. The founders and members of the party may listen to an explanation about the party’s goals and plans, and conclude the celebration by offering their siganture in support of the party registration. However, it is quite possible to have the founders visit a lawyers office as individuals or groups, and have them sign the affidavit fof support.

The party bylaws should include:

The conditions for the accepting and suspending party members, the rights and duties of the members, conditions and arrangements for disciplinary procedures within the party, the institutions of the party, their functions, composition, powers and forms of operation; the authority of individual party branches, times for gathering the party’s General Assembly or membership, method of determining the party ballot list, and more.

Fees for Party Registration in Israel:

After collecting the necessary signatures, the request is submitted to the Corporations Authority at the Ministry of Justice. The submission of the application involves a fee of NIS 2,333 (as of January 2018). The same fee has to be paid for any future change in the party’s name or goals with the Registrar of Political Parties.

In addition, the request to register the party must be published in three widely distributed newspapers in order for the public to be advised and be able to express an opinion on the subject. The listed cost of said advertisement is NIS 40,000, but in practice there is some flexibility involved.

When is a party denied the right to be registered?

For the most part, a properly registered party whose goals are not against Israel’s values will encounter no objection to its very establishment. Most of the objections in recent years have been to the party’s name, claiming that the chosen name is similar to the name of an existing or former party.

In any case, only Israeli citizens are entitled to object, and the objection must be submitted within 30 days from the publication date in Reshumot. Of course, the help of an attorney who is involved in the field of administrative law and has experience in registering parties is important to ensure an orderly, fast and trouble-free registration of a new party in Israel.

Contact Cohen, Decker, Pex and Brosh for legal advice and assistance in party registration in Israel and contacting the Registrar of Political Parties.