For more information on the Israeli Corporations Authority which oversees Israeli nonprofit organizations, see the government website.  For more articles from an Israeli lawyer and legal advice for Israeli nonprofit organizations related to the topic of this article, see our articles about verbal reports, a certificate of proper management and an amuta's name, logo and objectives. 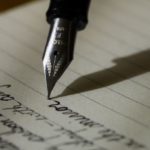