What Can Be Done About Breaches of Contractual Obligations Due to the Spread of Coronavirus?

The spread of Coronavirus in Israel and the world has led to the taking of unprecedented steps set to curb the outbreak. The negative impact of these steps on the world economy is expected to continue for the next foreseeable future. It is surely only a matter of time before disputes start to arise over breach of contract due to circumstances connected to the spread of the virus. In this article we will explain what the law states concerning unusual events, and their impact on contractual obligations, and how the courts tend to address them.

The Israeli law office of Cohen, Decker, Pex & Brosh specializes in Contract Law and Commercial Law. Our law firm provides its clients with comprehensive answers and legal representation in areas such as contracts (private and commercial), sales and purchase agreements, and property rental. In this article, attorney Michael Decker will explain corporate law in Israel regarding the Coronavirus and breach of contract.

Implications of the Spread of Coronavirus

The year 2020 will be remembered in history as the year in which the world tackled the unexpected spread of the Coronavirus epidemic. Until recently, no one envisioned that the virus outbreak (known by its scientific name COVID-19), which began in China, would spread to every continent. Furthermore, no one expected the economic impact of the spread of the virus which, at the time this article was written (23rd of March 2020) cannot yet be fully assessed.

A press release given by the Bank of Israel’s Governor states that if the crisis continues, its economic impacts will be significant. Expert economists estimate that the damages to the economy will reach up to the tens of billions of shekels. There is no doubt that this is an unusual occurrence of unforeseen measure, but the question is: What are the legal implications of the Coronavirus’ impact on breach of contract? 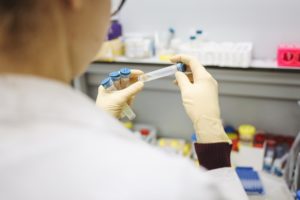 Israeli law regards the compliance of contractual obligations as a most important legal principle. Accordingly any act in opposition to a contract is legally defined as a violation. In this regard, it is not of great importance whether there was intent to cause the violation. As a basic and up-to-date example, one can think of a person who had to transfer a vehicle that he owned to someone else on a specific date (in accordance with a sales agreement between both parties). However, since he is quarantined at home, because of the Coronavirus spread, he has no practical way to leave his home and fulfill his obligations.

We also hear of spouses who planned a wedding at an event hall with the attendance of hundreds of family members and friends, are forced to cancel the agreement with the event hall because the guidelines from the Israeli Ministry of Health prohibit gatherings of more than 10 people. This is seemingly a violation of the agreement between the couple and the owners of the event hall; however, obviously the couple will claim that they did not cause the breach in the contract. According to the letter of the law, this is a breach of contract, even though it is clear that it was not done intentionally.

As long as the crisis following the spread of Coronavirus continues, we can easily assume that many more complex cases of failure to meet obligations will arise. Remember that not only is the Israeli economy harmed following the crisis, but similar situations (in some cases even more severe) are occurring in many countries. Therefore, providers from different countries may be unable to export products they were obligated to export.

The Coronavirus and Breach of Contract Due to Unforeseen Circumstances

The law dealing with remedies to be paid for a breach of a contract in Israel (called the “Remedies Law”) states in Section 18 that cases in which unexpected circumstances have occurred, which could not be prevented at the time the contract was made, nor could they be anticipated or known about previously, an exemption from the enforcement of the contract and rendering of payment will be given. In legal terminology, this is called “force majeure.” Thus the exemption will be granted in these “natural disaster” cases, that is, exceptional events that were not expected to occur at the time the contract was made. However, in the past Israeli courts have bestowed a very narrow interpretation upon the aforementioned exemption clause, and they have refrained from stating that the law stands, even in difficult cases such as wars and significant natural disasters.

Since the 1990s, the courts in Israel began to hear opinions about relaxing the existing conditions. This has led to the acceptance of force majeure claims in certain cases. For example, in a number of rulings the courts recognized the Second Lebanon War as an event that led to an impossibility in meeting various contractual obligations, and accordingly those contracts were exempted from actualization and claims of violation were rejected.

This demonstrates that even though the courts still take caution when investigating claims of force majeure, the claim may be accepted. To this end, alternative solutions may be considered, such as updating contracts according to the current situation and changing circumstances. In light of the importance of examining each case according to existing circumstances, this is not advice to act in one way or another, and it is advisable to consult a lawyer who specializes in the matter.

Contact a Lawyer Specializing in Contract Law and Commercial Law

It is too early to determine how the courts should handle claims about justification for exemptions of upholding contracts because of the spread of Coronavirus in Israel. If you are in need of legal advice and guidance in questions relating to the impact of Coronavirus on contractual obligations, a lawyer specializing in Contract Law and Commercial Law from the office of Cohen, Decker, Pex & Brosh in Jerusalem and Petach Tikva will be happy to assist you. 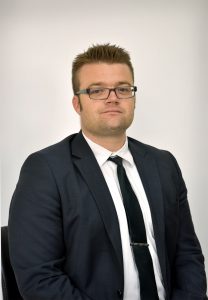