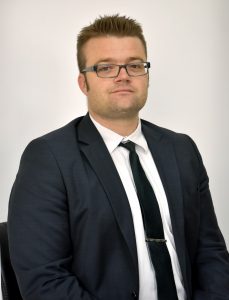 Attorney Michael Decker is a notary and partner within the law offices of Cohen, Decker, Pex & Brosh. He has been a member of the Israeli Bar Association since 2008.

Mr. Decker’s areas of expertise are immigration to Israel, commercial law, non-profit law, administrative law (particularly issues related to arnona), inheritance law, intellectual property (specializing in trademark law). He also has significant litigation experience before all courts and tribunals in Israel. Over the years he has been involved in several petitions before the Israeli Supreme Court of Justice, which influenced changes in Israeli legislation.

Attorney Michael Decker serves as chief legal counsel to several leading commercial companies within Israel in the high-tech field and also in the field of tourism. Additionally, he is on the boards of several influential nonprofit associations in Israel. He is also the co-founder of the Israeli Association for Democracy and Justice (IADJ), an organization which was established in order to fight anti-Semitism on an international level and to protect minority groups within Israel. IADJ fights for religious freedom within Israel for all religious groups, with a particular focus on the separation of religion and state within Israel (while protecting Israel’s right to self-define as a Jewish state with a Jewish majority).

Mr. Decker resides in Jerusalem with his wife and four children.