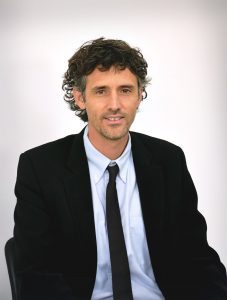 Joshua has been a member of the Israel Bar Association since 2009 and a founding partner in the law firm of Cohen, Decker, Pex, Brosh.

Joshua holds a Master of Laws (LL.M) degree from the University of Haifa with a B.A in Education and teaching, from which he graduated with honors.

During his studies, Advocate Joshua Pex focused on human and minority rights, as well as constitutional and administrative law. In his studies at student exchange programs at Utrecht University in the Netherlands and the Institute for US Law in Washington, DC, Joshua focused on international law.

Between the years 2008-2012, attorney Joshua Pex was employed by the law firm of Yehuda Raveh & Co., Jerusalem branch, in the administrative litigation department. During this period, he helped establish and operate the Noa (Not Objects Anymore) project, under the auspices of the Jerusalem Institute of Justice, to combat human trafficking in Israel.

In 2012, he set out on his own and later established the firm of Cohen, Decker, Pex Brosh, together with the other three partners.

Chairman of the Immigration and Foreigners Committee of the Jerusalem Bar Association.

Member of the board of the Herut Foundation for Assistance to Victims of Human Trafficking.

Lives with his wife, Sarah, and their four children in the village of Har Amasa, in the Yatir area.

Joshua enjoys reading books, traveling, He is an amateur beekeeper and plays basketball in the Jerusalem Bar Association team.