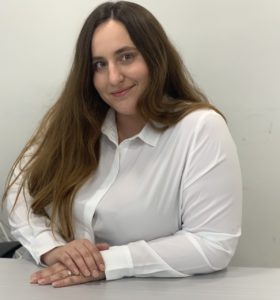 Attorney Maria Chernin Dekel holds an LL.B (Law Degree) from the University of Haifa and is has been a member of the Israel Bar Association since 2017. As part of her studies, Maria participated in the Clinic for Legal Feminism and volunteered as a mentor for first-year students.

Maria interned at the Planning and Construction Department of the Netanya Municipality’s Legal Bureau.

After her certification as a lawyer, Maria worked at one of Israel’s older law firms in the fields of civil law and bankruptcy.

Maria lives in Kfar Saba with her husband.