Does your family make Traditional Sephardi Dishes? If Spanish or Portuguese Jewish recipes run in your family for generations, you may be eligible for a Portuguese citizenship!

The law firm of Cohen, Decker, Pex, Brosh, specializes in immigration to Portugal. This article, written with the help of Jonathan Gavrielov, reviews some of the common dishes served in Sephardic meals, evidence of a Spanish-Jewish heritage in your family. 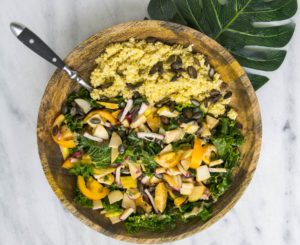 – a traditional Saturday dish made of meat, chickpeas, fava beans, onion, garlic, cumin and spices. Adafina was a known Jewish dish during the Inquisition and a sign of a Jewish home.

The sponge cake called “pan de espana” (Spanish bread) which the Jews would eat during Passover, with matzo flour and corn flour replacing the flour.

Cozido – a dish made of meat, chickpeas and vegetables over couscous. This dish would be cooked in the winter months before Purim, but is now traditionally cooked mostly in Portugal but also in Spain and Brazil.

Boyoz – is pastry made of flour, sunflower oil and tahini.

Mofletta – a sort of Jewish-Moroccan pancake made of water, flour and oil, eaten in the Mimouna festivities, one day after Passover. The Mofletta is customarily eaten warm with butter, honey, nuts, pistachios or dry fruit.

Alongside these dishes were also local dishes which are currently identified with the Sephardic communities such as: rice-filled peppers, pickled lemons, burekas, sweet desserts filled with chickpeas, artichokes, and more.

Step 2: You need to issue a letter from a Rabbi, desirably from the Sephardic community in Portugal, proving your relation to the community and/or a genealogical opinion demonstrating Spanish/Portuguese origins (we can help choose the right genealogist for you).

Step 3: You should receive a letter of recommendation from the Jewish community in Portugal.

Step 4: After receiving the letter of recommendation you may start the process to obtain Portuguese citizenship from the competent authorities in Portugal with the help of a local attorney.

Our firm focuses on Portuguese citizenship applications for descendants of Spain and Portugal expellees. Various family traditions, such as dishes, may help prove that your family is of Spanish expellee descent. If you have such proof, contact us to learn about the options to obtain a Portuguese passport. Schedule a meeting in our Petah Tikva or Jerusalem office to receive legal advice.