The Price of Portuguese Citizenship – Your Window to Europe

Portuguese citizenship opens a window to the world for many Israelis – to the European Union (EU) and even beyond. If you’ve decided that it’s time to seek a new emigration and travel opportunity, allow us to give you some essential information on the price of a Portuguese citizenship and passport, compared to its value and benefits.

Many Israelis already understand the benefits of having a Portuguese passport and being a part of the EU. Accordingly, they take steps in order to obtain a European Union passport. An Israeli citizenship is respectable, but there are many benefits in having EU citizenship. Such a citizenship allows its holders to settle in every part of the EU, including for work. There is no need to apply for a US visa before a tourist visit, and this passport allows entry to many countries that are impossible to enter into with an Israeli passport. And that is only a short list of benefits. 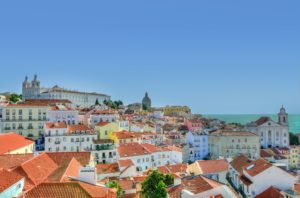 Even without an urgent need, Israelis like to know that they have the option to move somewhere else without requiring any approvals and certificates. In other words, Israelis tend to be much calmer when they know they have a foreign citizenship.

Portugal recognizes the fact that many Israelis have Portuguese roots that can be traced to the 15th century, before the Alhambra Decree (the expulsion from Spain), which sent their ancestors to North Africa, the Middle East and even to the American continent. From 2015, receiving a Portuguese citizenship for the descendants of the Jews who were expelled from Spain became a relevant and affordable option. It applies for Israeli natives, who have never been to Portugal.

A major part of the descendants have surnames that can testify to their long-standing family connection to Portugal, a pedigree which proves their affinity to the Spanish Jewry, mastery of the Ladino language, documents attesting to the family connection, etc. As a gesture of good will, and in order to correct the historical injustice, the government of Portugal enables these descendants to “return to their roots” and obtain a Portuguese passport.

Looking for a Portuguese Citizenship for a Good Price? Here Are Few Things You Should Know

If the documents they have are satisfactory, the application is transferred to the Jewish Community in Portugal. However, if it is known that there is a connection to a Spanish ancestor, but there isn’t conclusive proof, the case will be referred to a professional genealogist. Thus, there are a number of possible scenarios:

The price of Portuguese citizenship

The cost may vary according to each step in the process of issuing a citizenship. Bottom line – the whole process of obtaining a Portuguese citizenship can amount to a total cost of between 10,000-12,000 ILS (approx. 3000-3600 USD). It includes payments to the Jewish community in Portugal (which confirm the affinity to the country), additional application fees and attorney’s fees.

For those who consider living in the EU countries, or at least want to have the option, the price of a Portuguese citizenship is indeed worth the expense, and will pay itself many times over in the future.

At this point it should be mentioned that it is unknown what the future holds, and whoever wishes to have a Portuguese citizenship better get it as soon as possible and take advantage of this window of opportunity, before there will be changes in the requirements and the price of a Portuguese citizenship. As they say: don’t put off for tomorrow what you can do today.

Portuguese Citizenship, Good Prices, and Everything in Between

There are those who try to save on the cost of a Portuguese citizenship and go through the process without a lawyer. Issuance of a foreign citizenship is a complex bureaucratic procedure, even in a country where it is relatively easy to issue a citizenship, like Portugal.

First of all, there is a need to get the relevant documents attesting the historical affinity and to send them to the local Jewish community. Then, there is a need to translate the documents in a notarized translation and add an apostille stamp, which certifies them as official outside the country they were issued in. Only then, after more than a year, you will be able to receive the desired approval.

It should be emphasized that each of the stages has costs, even if you decided to take care of the process on your own. Sometimes it can even reach several thousand Euros for each stage. Therefore, an immigration lawyer who has dealt with the procedure numerous times, can save you money, effort and many hours of browsing the internet and studying the subject. Of course, the lawyer’s expertise and advice for those who have no experience in this field (which applies to most of us) are of great value.

In short, the price of a Portuguese citizenship, especially when the process is accompanied by a lawyer, amounts to thousands of shekels. But in the long run, this is a sum that will pay for itself and grant you peace of mind – and that is something money can’t buy. For more questions you can contact our law offices, that specialize in handling Portuguese passport applications, via the phone numbers or email below. 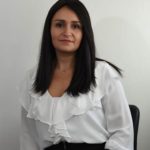