The Demand for a Foreign Spouse to Leave Israel

When a couple in Israel file a Joint Life Application, the Ministry of Interior (Misrad Hapnim) clerks at the local Israeli immigration office, will often ask the foreign spouse to leave Israel before the case will be considered. The clerks at the immigration department will insist that they can then be re-invited back into Israel only after all due bureaucratic process in complete and approved. However, it is of utmost importance to understand that the law allows for the foreign spouse of an Israeli citizen to remain in Israel until their immigration status is settled. This article by Joshua Pex, an immigration lawyer at Cohen, Decker, Pex, Brosh, will explain why.

Rejection of a Joint Life Application by the Ministry of Interior 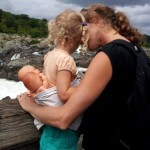 If the foreign spouse leaves the country as requested, and their case is then rejected, this creates a complicated situation. When an application has been rejected, the couple is required to submit an appeal, if they want to live together in Israel. This requires gathering additional documents, petitioning the special immigration tribunal and further complicated steps.

This process takes a great deal of time, particularly without the Ministry of Interior’s cooperation. With a foreign spouse abroad, it can take well over a year  for them to regain access to Israel. This only prolongs the process and further complicates the situation.

In fact, the Israeli Supreme Court has already ruled on this matter in the Stamka case. The ruling concluded that the Ministry of Interior is supposed to allow the foreign spouse to remain in Israel until the final decision is made regarding the joint life application. The ruling questioned how the Ministry of Interior could examine the authenticity of a relationship if the couple was separated.

When does the Stamka ruling not apply?

The Stamka precedent does not apply to the foreign spouse’s entrance into Israel, only whether they should be allowed to remain in Israel. This is because when a foreign spouse is not even in the country yet, the power of approving or rejecting their entry lies in the hands of the Border Control Department.

The Israeli border control department rejects the entrance of tourists into Israel for many reasons. Here are a few possible examples:

What is our advice? Israeli immigration lawyer advice based on years of experience

If both parties of a couple applying for a Joint Life Application are already in Israel, we strongly advise they remain in Israel until a decision is made by the Israeli Ministry of Interior. If the foreign spouse leaves, they risk not being allowed entry again if they do not have an entry permit. In these situations the Israeli spouse will have to (re-)invite the foreign spouse to Israel. Not only can this take a long time, but there is no guaranty of success. Therefore, it is crucial the foreign spouse does not take upon the advice of the Ministry of Interior to leave, but rather stays! During this waiting period, the foreign spouse should request the extension of the B-2 tourist visa, until a decision is made and a B-1 visa is granted according to the gradual process as a partner of an Israeli.

Here, at the Cohen, Decker, Pex and Brosh Law Offices, our immigration lawyers are available to help you. This includes issues surrounding the demand for a foreign spouse to leave, or the application process in the circumstance the spouse has left. Contact us to schedule a remote consultation or a meeting with an immigration lawyer in Jerusalem or Tel Aviv.