Submit an Application for Restitution of Assets in Israel 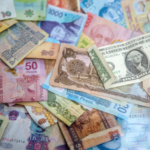 Assets for which one can receive restitution range from money, securities, art, land, or apartments, among others.  Some of the assets have low value and others are higher.  If you would like more information on the background for this law and the many assets purchased by Jews who later died in the Holocaust, see our article on the topic.

Application for Restitution of Assets in Israel

One can pursue restitution on one’s own or with the help of a lawyer specializing in these cases.  If one has identified an asset that has already been listed by Hashava, the Holocaust Restitution Company of Israel, one must indicate this in the form.  If not, one must indicate if the requested asset is located in Israel.  Providing as much information as possible, one must give personal details, discuss what one knows about the Holocaust victim or holder of rights to the asset, and relevant information proving restitution eligibility.

Within the application for restitution of assets in Israel, one must indicate whether they have documents indicating their right and connection to the victim, whether they hold documents proving the connection or have seen documents of this nature, other supporting evidence indicating the right, whether one only heard about this from someone else, or whether one assumes eligibility based on various assumptions.

In order to demonstrate proof of the rights to the asset, one must submit various official certificates (birth, marriage, death) indicating one’s connection, intestate succession, probate, will, or other documents.

Furthermore, one must also indicate whether they know if the holder of rights had a partner or heirs, which will be taken into consideration when addressing restitution of the asset.

Location of the Asset

As part of the application process, one must indicate as much information as possible about the asset.  This can include the location of the asset, the year it was acquired, the amount of money paid for it, from whom the asset was initially purchased in Israel (then, Mandatory Palestine), or any other details one might have.

If you seek to apply for restitution for more than one asset, you must submit a separate application for each asset.  Additionally, you must add the Holocaust victim’s name in both English and Hebrew, also ensuring that you put the name they used when acquiring the asset.  Once you have submitted the application, you must also submit a certified affidavit.  One can submit this information digitally or via mail.  Note that all of this is the beginning of the process.