Spouse visa to the UK

How can you immigrate to England as a spouse of a British citizen or resident?

Getting a spouse visa to the UK is a complex procedure that requires submitting a request with all the required documents. It is highly important to carry out the procedure according to the rules of the UK immigration authority. If you are married to a British citizen or are in a common law marriage to a UK resident, it is important to know that you can move to England and get a work visa and eventually British citizenship after several years. In this article attorney Joshua Pex, an Israeli lawyer and partner in the law firm of Cohen, Decker, Pex, Brosh, specializing in immigration to the UK, explains how to get an immigration visa for spouses and children of British citizens.

What is considered to be a spousal bond under UK immigration laws ? 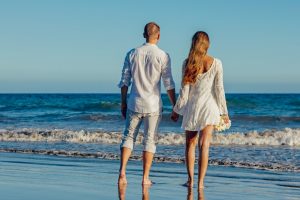 Of course, the basic requirement for a spousal immigration visa to Britain is proof of the spousal relationship. The question arises as to what is considered a binding relationship between the spouses according to English immigration law? First of all; a lawfully married couple are obviously considered to be official spouses for all intents and purposes. It should be noted that there is no discrimination in the UK regarding same-sex married couples. Secondly, when the couple is not married, they must prove they’ve maintained a stable and committed relationship for at least two years. UK immigration law uses the term “akin to marriage” to describe such a relationship.

Applying for a spouse visa to the UK

To start a visa application process for a foreign spouse of a British citizen, the couple are required to show a desire to relocate their permanent place of residence to England. The British spouse may invite the Israeli spouse to Britain while residing there, or both spouses can travel to the UK from Israel. Both spouses must be at least 18 years old to be eligible for a spouse visa to the United Kingdom. After approval of the application, the foreign spouse receives a residence permit for a period of two and a half years, and then may extend the visa for another two and a half years. After 5 years of living together in England, the foreign spouse may apply for permanent residence. After obtaining permanent residence, the spouse can apply for a British citizenship and receive a UK passport.

Proof of the couple’s relationship being committed and sincere

Immigration authorities in Britain are meticulous about ensuring the spousal relationship is genuine. The couple are required to provide evidence and proof that their relationship has lasted for a while. Such proof may include a rental agreement showing the couple lived together, the couple’s photos, a joint bank account, receipts indicating payment for holidays taken together, plane tickets that show the couple took flights together for vacations or family visits, printouts of Whats-app or Skype correspondence, or records of telephone calls. The couple having children together is naturally excellent evidence of a “real” relationship.

A procedure for immigration to England for spouses of English citizens allows them to bring along children from a previous marriage up to the age of 18, who may also obtain an immigration visa, if it is proven that the spouse is the exclusive guardian of the minor.

Do you need to pass a test demonstrating you speak English?

Yes, as in most immigration visas to England, the foreign spouse is required to pass a basic test of English literacy.

How long does it take to process the visa application?

It is important to note that it is not possible to submit the application more than three (3) months prior to the date of the transition to the UK. The processing time of the British immigration office for a spouse visa to the UK is approximately two months.

Application fee for a spouse visa to the UK

Immigration authorities in Britain place a great deal of emphasis on the economic ability of the British spouse (sponsor) to support the foreign spouse. If the sponsor is in England, he is required to earn at least £ 18,600 a year (£ 1,550 a month). If the sponsor lives outside England, the applicant must prove that the sponsor worked for the last six months before applying for a permanent job and earned at least 1,550 pounds per month (about NIS 8,000). In addition, an English spouse who lives outside the UK is required to prove that he has a job offer in England which begins within three (3) months of his arrival in England. Obviously, the job offer must be at the minimum required annual salary – 18,600 pounds. It is important to emphasize that UK immigration authorities do not take into account the salary of the foreign spouse.

Alternatively, it is also possible to prove economic ability based on savings. In this case, either spouses savings may be taken into account. The requirement is to prove the joint savings amount to a minimum of 62,500 pounds.

It is important to take into account that if children are attached to the application, then the amounts required to prove economic ability will be higher.

After approval of the application – immigration to Britain

England is a very orderly country with a strict bureaucratic system. Therefore, in dealing with the authorities in England, and in particular with the immigration authorities, it is important to follow the specific rules laid down in the procedures to avoid possible rejection of the application because of a seemingly minor technical detail. The law Offices of Cohen, Decker, Pex, Brosh specialize in immigration to the UK, including visas for spouses of English citizens.

Contact the law office of Cohen, Decker, Pex, Brosh in Petah Tikva and Jerusalem. We will be happy to assist you with any questions regarding immigration to the UK