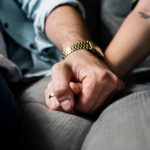 Spousal Support according to the jewish law

The obligation to pay alimony according to Jewish law applies only to the husband towards his wife, and not the other way around. In this article we will discuss the extent of the obligation, the various boundaries and causes to nullify it.

The Law that Applies to Spousal Support

The Family Amendment Law (Alimony), 1959 (hereby: “the law”) is the law that deals with alimony. Section 2 of the law states as follows:

(B) A person who is not a Jew or Muslim or Druze or member of one of the religious communities listed in the first addition to the Succession Law, or to whom the personal law does not apply, must pay alimony to his spouse, and the provisions of this law apply to those alimonies.

Jewish law applies the obligation of paying alimony to the husband, and the principles of this obligation are listed below:

Food, clothing, medication, housing, and all matters required for the woman’s well-being

“But does not descend with him”: the wife will not fall below the standard of living to which she was accustomed before getting married.

The amount of alimony will be determined in accordance with the local customs and the society in which the couple lives.

The wife in not obligated to support or pay alimony to her husband, even if she is rich.

The couple may establish an agreement between themselves that is different from Jewish law (e.g. the wife will pay alimony to the husband).

When Does the Obligation for Spousal Support Apply?

The obligation for the husband to pay alimony applies only until divorce. However, there are two exceptions (which will be expanded upon later), and when one of these exists, the husband is exempt from the obligation of alimony before divorce:

Usually, when a couple does not live together (yet they are still married), the husband will be exempt from paying alimony. Nevertheless, in the situations listed below, the wife will be entitled to alimony despite living separately:

There are a few grounds where if one of them exists then the husband is exempt from paying alimony before divorce. The authority to determine whether any of these grounds exists lies with the Rabbinical Court (hereby: “religious court”) or with the family court (hereby: “the court”). The various grounds are as follows:

A rebellious wife is a woman who refuses to live life together with her husband. In order for the woman to be declared a rebellious wife, there must be some prerequisites, such as: warning, public announcement, and more.

A woman who has committed adultery with another man and there are two witnesses that can attest to it.

A woman who consciously and intentionally brings her husband to transgress the commands of the Torah.

A woman who does not behave modestly in regards to dress and behavior. When the husband himself behaves and acts like the wife, he is liable to be obligated to continue to pay alimony to her (Grinhaus vs. Grinhaus).

When the rabbinical court rules that the couple must divorce and the woman refuses to receive a get, the religious court may permit the husband to “use a third party” (to serve) the get and the ketubah and the husband will be exempt from paying alimony from then on.

When the wife has income from various sources, the religious court or family court is authorized to take this income into account and adjust the husband’s alimony obligation. The sources that will be taken into consideration are as follows:

This is a concept in Jewish law which refers to the woman’s income through her work, when the woman goes to work and earns wages, her salary will be offset against her right to alimony (Yosef vs. Yosef).

Current income given to a woman as a result of past work may also be adjusted against her alimony (Saporta vs. Saporta).

As we mentioned at the beginning of the article, when the religious law applies, the provisions of the law do not apply, except for Section 2A of the law that states as follows:

In determining the amount of alimony that a person must provide for his or her spouse, the court may consider the income of the spouse from work or assets, and if deemed appropriate—from any other source as well.

This means that the woman’s income from assets or any other source may also be considered.

The Right to Housing as a Part of Spousal Support

The right of the woman to housing is a part of her right to alimony. By virtue of the principle of “she ascends with him but does not descend with him,” the woman is entitled to the same living conditions that she was accustomed to during the marriage (apartment size, number of persons, rooms), but not to the same rights in the apartment, such as moving to a rented apartment and not to an owned apartment (Khalifa vs. Khalifa).

The right to housing also includes the right to live in “peace and quiet.”

By virtue of this right, the concept of a “restraining order” developed this ruling, an order that prohibits the husband from entering the couple’s house when there is imminent danger of physical, verbal, mental and/or emotional violence towards the wife or the children.

In addition to the restraining order (which developed the ruling) there are additional orders decreed in the law that deal with violence/harassment/threats, such as:

2 (A) The court may issue an order prohibiting a person from doing all of these or some of these or establishing conditions for them (hereby: “protection order”):

(1) Entering the apartment in which his family member lives or being within a certain distance of the same apartment, even if he has some right to it;

(2) Harassing his family member in any way or in any place;

(3) Acting in any way that prevents or makes it difficult to use the property lawfully used by his family member, even if he has some right to the property;

5 (A) The stalking protection order will prohibit, subject to the provisions of Section 4, the offender from doing all of these or some of these, and may be subject to conditions:

(1) Harassing the victim in any way or in any place;

(3) Stalking the victim, ambushing them, tracing their movements or actions, or violating their privacy in any other manner;

(4) Contacting the victim verbally, in writing, or by any other means;

(5) Being within a certain distance from the victim’s residence, vehicle, workplace, or place of study, or any other place where the victim is usually located;

Restorative alimony, just as the name implies, is given to the woman for a limited period of time in order to restore her financial situation after separating from her spouse.

As mentioned, according to Jewish law alimony is given only until divorce, unless one of the exempting grounds exists, resulting in situations in which the wife refuses divorce for the simple reason that she would not have to give up her alimony.

In many cases it is the woman who took care of making the home and raising the children during the marriage and did not develop her own career/profession or source of income. Now that the marriage has ended, the woman faces hardship and her source of sustenance cut off because the alimony ends in the divorce.

In order to cope with these situations, and in order to allow the woman to recover financially, the Supreme Court ruled (3151/15 Anonymous vs. Anonymous) that in certain situations alimony will be paid even after the divorce, and this is called “restorative alimony”:

Restorative alimony of this kind may reduce the incentive for an occurrence of “refusal of a get” arising because of financial reasons, thus giving the civil court an effective tool for taking matters of fairness and integrity into consideration. Restorative alimony can provide a partial response to the fact that the spouse who contributed to the housework may find themselves in the situation where there is no actual “market value” to their work.

Restorative alimony—is as its name implies. This is not a fixed entitlement to alimony, rather an entitlement that is intended to achieve a rehabilitative purpose of integration into the working force—a purpose whose intent is to maintain dignity in that period of “rehabilitation,” which reflects the reliance on the couple’s relationship to the extent of impairing the ability to make a living, such as a pension fund, etc. Therefore, as a rule, it is possible, even necessary, to set a time limit for alimony payment.

Who is Authorized to Rule on Spousal Support?

The authority to rule on spousal support is given to two courts:

(1) A claim regarding personal status, as concerns the King’s words on the Palestine Order in Council, 1922-1947, except for the management of the assets of missing persons;

(3) A claim of alimony or housing;

Sections 3 and 4 of the Rabbinical Jurisdiction Law (Marriage and Divorce), 1953 permit

the religious court to rule on alimony in two situations:

This is about covering the issue of alimony in a divorce claim.

The woman (and only she) can file an alimony claim, even if not within the bounds of divorce.

Interested in Receiving Advice on Spousal Support or Other Family Law Matters? The Offices of Cohen, Decker, Pex & Brosh are at Your Service

At the law offices of Cohen, Decker, Pex & Brosh you will encounter lawyers who are experts in family law and who are authorized mediators. Our lawyers can advise you in the matter of spousal support and all matters related to family law. 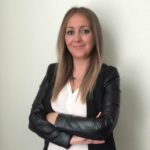