A Spousal Covenant allows Israeli spouses without a religion to receive a status that is equivalent to that of married couples. This is the closest option to civil marriage in Israel.

The Cohen, Decker, Pex & Brosh law firm specializes in obtaining a legal status for foreign spouses of Israelis. In this article, lawyer Joshua Pex explains how to enter into a civil union under the Law on Spousal Covenants for Persons Without a Religion, 2010, and what the spouses’ rights are vis-à-vis the Israeli Ministry of Interior. 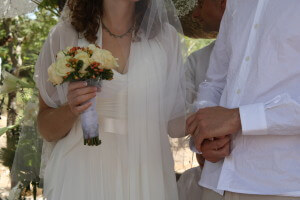 Why Apply for a civil covenant Instead of an officially registered marriage?

In Israel, there is no separation between religion and state, and there is no option for civil marriage. Only recognized religious courts are authorized to adjudicate marriages, and only between spouses of the same religion as the court.

If both spouses have no religion or belong to a religious denomination that is not recognized by Israel, there is obviously no official religious institution that is authorized to conduct their marriage. They may marry abroad, as spouses of different religions do, or enter a  civil union instead of a marriage.

Is This Domestic Partnership Equivalent to a Civil Marriage?

A civil marriage, by definition, may take place between spouses of any religion or without a religion. The religious aspect of the marriage is a private matter that only concerns the couple, not the state.

A spousal covenant is not at all similar to civil marriage, in this respect. If one of the spouses belongs to a recognized religious denomination (Orthodox Judaism, Catholic Christianity, Islam) and the other does not, they have no option of entering into a civil union in Israel. Spousal covenants do not solve the problem of couples who are unable to marry according to Halacha (Jewish law), such as a marriage between a Mamzer (a person born to a woman not from her husband) and one who is not, a divorcee and a Cohen (Jewish priest by descent), or same-sex spouses who have no religion. In addition, such a couplehood union s do not allow acquiring Israeli status as marriage does.

Some people claim that the State of Israel’s intervention and restrictions leave anyone belonging to unrecognized religious denominations – including most of the Jews of the world, who are not Orthodox and unrecognized in Israel – in a problematic situation where they are forced to declare themselves as having no religion if they wish to be formally married.

How Do You Enter into a Civil Covenant?

If both spouses are in Israel, they must file an application with the Israeli Ministry of Justice. Both spouses must have no religion and reside permanently in Israel (at least three of the five recent years).

If both spouses are Israelis with no religion, or if one is an Israeli with no religion and the other is a foreign citizen, and neither of them is in Israel, an application for a “consular marriage” may be filed. This type of marriage is equivalent to holding a marriage ceremony abroad, confirming the spousal agreement at the Israeli consulate in the foreign country.

The spouses are required to present documents regarding their personal status and / or the summary of the registration which will confirm that both of them are irreligious and at least 18 years of age. Neither spouse may be married to another person, and changing the religion in the registries in order to be eligible for entering a civil partnership is not acceptable.

What Happens After the Application is Filed?

What are the Rights Conferred by a Spousal Coovenant?

Spouses who are registered together in the Spousal Registrar do not appear as “married” in the Population Registry but are considered a married couple for all purposes, except for a few differences. Concerning immigration, this means that they are considered Yedu’im BaTzibur (a status similar to civil law marriage in Israel), for the purpose of granting a foreign spouse Israeli status / citizenship.

Call to schedule an appointment with an immigration lawyer in Jerusalem or Tel Aviv. The Cohen, Decker, Pex & Brosh law firm will be happy to help you with the issue of marriage registration or any other question of obtaining status in Israel.