In recent times, there’s a great of deal of discussion Israelis who want to receive a Spanish or Portuguese passport. These passports give theirs holders many advantages; like the right to live and work in the states of the European Union, the ability to study in leading European academies for free or via scholarships, the right to enter the US without a visa, the opportunity to visit countries that holders of an Israeli passport can’t enter and many other benefits.

Our office helps the descendants of the expelled Jews in receiving a Portuguese citizenship. In this article we will discuss the issuing of a Portuguese passport and its advantages over a Spanish one.

So what is the difference between a Portuguese passport to a Spanish passport? 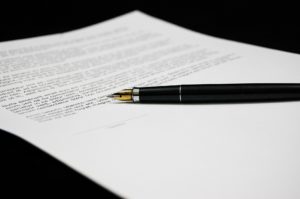 The difference is in the process of receiving the passports. While for a Portuguese passport the candidate is only required to prove his eligibility in official procedural documents, the Spanish passport also requires the candidate to pass language exams and to come to Spain for further bureaucratic procedures. It is important to note that since October 2019, Spain stopped to receive additional applications for a Spanish passport for the descendants of the expelled Jews.

As far as the benefits mentioned above are concerned, there is no difference between receiving a Portuguese passport or receiving a Spanish passport. Both states are EU members and so the passport holder receives the same advantages and rights.

To receive a Spanish passport, the candidate must demonstrate familiarity with the Spanish language. After he passes the various grammar and vocabulary tests he will go over to the next stage, where the candidate will be asked to show familiarity with Spanish culture and current events. These conditions are naturally difficult for those with no language aptitude, the elderly, etc.

Only after the candidate successfully passes the above requirements, can they apply for Spanish citizenship. The application also demands an approval by the Jewish community in Spain that shows that the candidate is a descendant of the expelled Jews. This will be done through official documents the candidate must provide, including a family tree. A request for a notary approval must be filed at a later stage.

In case the Jewish community decided that the candidate fits the requirements, the process of receiving the Spanish passport can start. Please note that in order to receive the passport the candidate will need to travel to Spain.

The process of issuing a Portuguese passport

First you will need to show that you are descended from Spanish or Portuguese Jews via a document showing your family tree. We can perform the initial check, of your surname and background.

Afterwards, the application will be sent to the Jewish community in Portugal by our office. The community will check your documents. If you have Spanish roots, approval will be granted, and the process of issuing the Portuguese passport can start.

The application includes a criminal records check, authentication of your Israeli passport and the travel visas recorded in your passport. In case the candidate has more than one citizenship, he will have to receive criminal record check from each of the states he is a citizen of.

In the process for receiving a Portuguese passport the candidate is not asked to come to Portugal at all.

The process takes a year and a half, occasionally up to two years.

However, the candidate does need to make sure that the documents sent to the Jewish community are clear and legitimate so it will be viewed properly (you can receive our help in the writing of your request).

More articles about issuing a Portuguese passport for Israelis:

We’d like to thank Mr. Jonathan Gavrielov for helping to write this article.

Are you interested in receiving a Portuguese or Spanish passport?

Contact us for more information – the Cohen, Decker, Pex & Brosh law office for immigration in Jerusalem and Tel-Aviv. We will be glad to be at your service through the following numbers.