Israeli law does not allow for interfaith marriages. Thus, many Israelis who wish to marry foreign partners conduct their marriage in a foreign country which allows such unions, such as Cyprus; or marriage in the presence of only one spouse in countries such as Paraguay. In this article we call your attention to a seemingly technical issue, but one with great importance for arranging legal status in Israel; obtaining a single status certificate, or in other words, a document certifying that the spouse is free to marry – adult, and single\widowed\divorced

The law offices of Cohen, Decker, Pex, Brosh specialize in Israeli immigration law and arranging legal status for foreign spouses. Our office has extensive experience in assisting foreign spouses of Israelis in the processes of immigration and naturalization; representing them before the Population Authority of the Interior Ministry, as well as administrative and judicial courts.

Civil marriage in a foreign country

The current legal situation in Israel does not allow for civil marriage within the country’s borders. Accordingly, many couples choose to marry in foreign countries which allow such marriages. Data from the Central Bureau of Statistics show that thousands of marriages performed abroad are registered with the Interior Ministry every year. These include, among others; Israeli couples with no religious identification; Israeli interfaith couples; and mixed couples (an Israeli with a foreign citizen). As we explain in another article, foreign citizens with minor children from a previous relationship must be married to their Israeli partner to immigrate to Israel with their children. 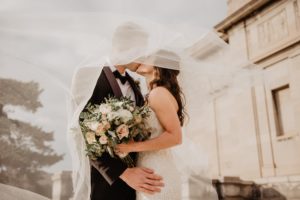 A civil marriage between an Israeli and a foreign citizen cannot be performed in all countries. Many countries require certification that there is no objection to the marriage in the couple’s countries of origin. For religious and political reasons, Israel does not issue such certification.

Countries that do not require this certification include Cyprus. This, and geograpical proximity to Israel, makes it a popular place for Israelis to perform civil marriages.

What is required for a civil marriage in Cyprus?

Since Cyprus is a primary destination for Israelis seeking a civil marriage, we will use it as an example. Before the ceremony can be conducted in Cyprus, each partner must present a certificate of single status, as well as a passport from the country of origin, valid for at least six months ahead. A single status certificate for Israelis can be issued at no cost by filing an online request for a Summary of Registration from the Interior Ministry. After the request is submitted, the certificate is mailed to the address registered in the person’s identity card. The certificate must undergo notarized translation, as well as verification via an apostille stamp in a magistrate court in Israel.

Single status certificate — a common technical problem and its solution

What to do if you cannot receive a single status certificate?

Thus, for example, there are countries that do not issue official single status certificates for their citizens. In such instances, one must prove that this is indeed the case, and sometimes Interior Ministry officials are satisfied with a notarized declaration of personal status. Likewise, in our experience representing many couples seeking to obtain legal status in Israel, we have repeatedly encountered a technical problem related to this issue. After going through a civil wedding in Cyprus, couples seeking to register their marriage in Israel discover that they are required to present an original single status certificate, dated before the wedding. The original certificate, however, was retained by officials in Cyprus. If the couple obtains a second single status certificate, it will be dated after the date of the wedding.

The way to avoid this problem is to issue several original copies of the single status certificate before the wedding. Of course they all must have notarized translation and be verified according to the laws of the country of origin. Thus one copy can be submitted to the local Cypriot authority where the wedding is performed, and another can be submitted when filing a joint-life application in Israel. It is important to make sure that the copies are obtained ahead of time, thereby avoiding bureaucratic and legal problems.

A civil wedding abroad is the first stage in the process of arranging legal status for a foreign spouse in Israel. Such a wedding requires prior presentation of a single status certificate. It is essential to fulfill all the regulatory requirements in this regard. If any question or legal issue arises in this context, it is important to consult with an attorney with experience and expertise in the area of immigration. Our offices, Cohen, Decker, Pex, Brosh, have accumulated years of experience in representing many couples. We will be happy to help you as well if you require assistance in arranging joint life in Israel.