Sephardi Jews in the Ottoman Empire were exiled from Portugal and Spain. Traveling for months across the Mediterranean Sea, they suffered from hunger, sickness and pirates. However, generations later the Jewish community recuperated. Yeshivas were established throughout the Ottoman Empire, headed by the greatest Rabbis of the Jewish world at the time.

The Communities of expelled Jews in the Ottoman Empire 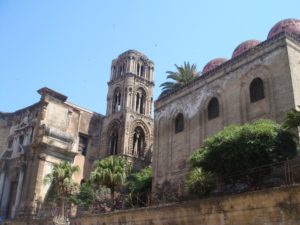 Following the expulsion from Spain in 1492, most of the expellees arrived at the Great Ottoman Empire. This Empire was spread from the Atlas Mountains of Morocco to Iraq, up to Central Europe and along most Mediterranean shores. The immigrant population numbered approximately 130,000 people. Most of them settled in the Balkan Region, in countries such as Greece, Bulgaria, Serbia, Turkey, Macedonia and other territories of the Ottoman Empire.

The Turkish Sultans granted religious freedom to Sephardi Jews in the Ottoman Empire, turning Turkey into a large, fruitful center of Torah studies. The expellees included great Torah scholars, litigators, rabbis and yeshiva leaders, who continued the Spanish custom of Torah teaching. They established large yeshivas for scholars. The yeshivas centered in Salonica, Istanbul and Safed, and inherited the reputation of the yeshivas in Toledo, Cordoba and Barcelona. The massive Jewish immigration following the expulsion from Spain led to religious prosperity in the Ottoman Empire. Thus, we have no information on yeshiva centers before the expellees arrived to the local communities, even after expelled Jews joined such communities decades before the expulsion from France, Germany, Hungary, Italy and other countries.

Sages and Judges in the Ottoman Empire

Salonica, the most famous Torah center in the Empire, was dubbed “Little Jerusalem” and served as a Jewish religious study center for the entire Balkan. The yeshiva leaders were great Spanish sages, such as Rabbi Joseph Pasi, Rabbi Jacob Ibn Haviv, Rabbi Samuel de Medina, Rabbi Joseph Eben Lev and Rabbi Joseph Taitazak, who testified that “throughout the 30 years of his yeshiva’s existence there was no yeshiva more important than his in the Empire” and “20 of my students all have the status of yeshiva leaders.”

In the early 16th century, the City of Safed drew sages from the diaspora, turning into a large center of Torah, Kabbala, poetry and ethics. The prominent sages of Safed included Rabbi Joseph Karo, Rabbi Jacob Birab, Rabbi Moshe Mitrani, Rabbi Moshe Alshich, Rabbi Moses Cordovero, and more. The famous Kabbala developed in these years in Safed by Ha’ARI and his student, Rabbi Chayim Vital who wrote his rabbi’s teaching after his death. These teachings remain the high authority in the Kabbala field. Rabbi Shlomo Alkabetz who composed the famous poem Lekcha Dodi, recited to these days in Friday evenings, started the custom of squeezing notes and requests between the Western Wall stones in Jerusalem, and the Shavuot all-night studies.

We thank Mr. Jonathan Gavrielov for his assistance in writing these articles.

Cohen, Decker, Pex & Brosh law firm deals in immigration and obtaining Portuguese citizenship. If you believe your ancestors were among the Jews expelled from Spain, schedule an appointment with an attorney in Jerusalem or Petah Tikva. We will gladly provide legal aid and advice.