Self-employed workers in Israel versus employees

IS IT BETTER FOR A COMPANY TO WORK WITH EMPLOYEES OR CONTRACTORS?

Are self-employed workers in Israel or paid employees a better choice? Which is the better choice under what circumstances for an organization that wishes to operate in Israel? There are positive and negative sides to both options. This article from the law firm of Cohen, Decker, Pex and Brosh, which specializes in labour law in Israel, will help you decide which option is better for you.

Employees of a company or organization have several rights under Israeli law. Other articles on the site explain in detail leave entitlements, sick leave, severance pay, pension plans and other employee benefits. If you are considering hiring a worker, we recommend that you consult an expert in Israeli labour law. You can contact the law firm of Cohen, Decker, Pex and Brosh, which specializes in Israeli labor law. We will help the employer formulate the contract and ensure any employees receive the benefits they are entitled to. However, you can avoid these complications by signing a contract with self-employed workers in Israel.

Note the distinction between the employment of a worker, and the signing of a contract with a self-employed freelancer. In theory, self-employed workers in Israel obtain a contract for a limited period of time or for a specific project. They are not entitled to compensation or benefits from the employer beyond the agreed working hours, or the full payment for a completed project. Many of the rights and benefits automatically granted to employees do not apply to a self-employed worker. For example, freelancers do not receive payment for convalescent days or paid leave, the employer does not provide them with national social security (Bituach Leumi), and they are generally not entitled to severance pay.

In fact, many self-employed people have pay their own social security levy, because they are considered their own employees. But this doesn’t matter as far as the organisation that signed the contract with a self-employed worker is concerned.

THE RIGHTS OF SELF-EMPLOYED WORKERS IN ISRAEL WHO ARE IN FACT EMPLOYEES.

An unscrupulous employer may register all its employees as contracted freelancers to avoid having to pay their benefits. On the other hand, even a well-meaning employer can rely on a self-employed worker more than provided in their original contract. In any case, Israel’s labour laws and courts may disagree with such a contract. In some circumstances, they may determine that, despite the initial agreement between the parties based on the employment of a self-employed worker, the freelancer is in fact an employee to whom all or part of an employee’s rights and benefits accrue.

REASONS WHY THE ISRAELI LABOUR COURT MAY DETERMINE SELF-EMPLOYED WORKERS IN ISRAEL ARE IN FACT EMPLOYEES.

Self-employed workers can be considered as de facto employees by the Labour Court, assuming that one or more of these conditions exist:

The self-employed worker has worked for a long time with the same employer exclusively or almost exclusively, is regularly present and involved in the company business as much as an employee, is important for the functioning of the department where he works, is supervised by the employer directly and permanently, is dependent on the employer for the possibility of continued work (tools, expenses) and has no subcontractors or substitutes in his work.

If the Israeli Labour Court stipulates that the relationship between the parties is that of employee / employer, then it is an employee who has nevertheless received fewer benefits under a contract that defines him as a self-employed worker. In this case, the court may disregard the terms of the employment contract and force the employer to retroactively provide the freelancer with all the financial benefits associated with an employee’s status – vacation days, pension insurance, unemployment benefit, etc. However, the employer may claim that as a freelancer, the employee has received a higher salary than an employee in the same position and may seek to deduct the salary increase from the overall financial benefits.

Cohen, Decker, Pex, Brosh is an law firm in Tel Aviv and Jerusalem which specializes in Israeli labor law. If you have questions about employment contracts or benefits, whether as the employer or the employee, contact us. We’ll be happy to provide legal advice and assistance. 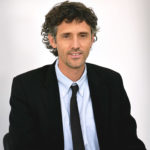