A returning resident – an Israeli citizen who returns to Israel after several consecutive years abroad – is eligible for a number of benefits on his return to Israel, similar to a new immigrant. What are these benefits and how does one obtain them?

Who is a returning resident? 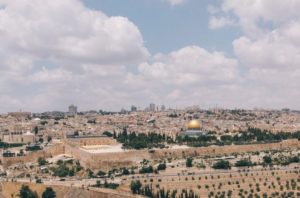 A returning resident is defined as an Israeli citizen who was also a resident of Israel (that is, not someone who obtained citizenship abroad as a child of an Israeli citizen, for example), who is over 17 years old and resided abroad for several consecutive years before his return to Israel and his application for the status of returning resident.

How does one obtain the status of returning resident?

The main criteria for obtaining the status of returning resident is proof of continuous residence abroad, on the one hand, and intention to make Israel the center of one’s life, on the other.

The resident must furnish documents showing that he is a resident of Israel who has resided outside it; an Israeli identity card and a passport documenting his stay abroad.

What are the benefits to which the returning resident is entitled?

Receiving benefits in Israel for a returning resident

After proper registration with the Interior Ministry (at the nearest office of the Population Authority), it is recommended to visit the Aliyah and Integration Ministry to receive explanation and help. One should come with the details of his bank account in order to receive financial assistance.

Among other topics, one can receive an explanation on registering or re-registering for a health fund and for National Insurance. If the applicant resided abroad for more than 5 years, the Aliyah and Integration Ministry will automatically transfer some of the documents to official bodies (such as National Insurance), but certain benefits still require meeting with the relevant body.

To register with National Insurance, the applicant must show that the center of his life is in fact Israel. A returning resident is required to reside for several months in Israel in order to prove that he has made Israel the center of his life. However, it is also possible to pay a certain sum (over 10,000 shekels) to obtain immediate access to health insurance.

Who is not eligible for assistance as a returning resident?

Anyone who received assistance as a returning resident in the past – cannot receive it a second time for 10 years, of which at least 6 must be spent residing abroad.

Talk to an attorney regarding obtaining legal status in Israel

The law offices in Jerusalem and Petach Tikvah of Cohen, Decker, Pex, Brosh, specialize in immigration to Israel, including the status of returning resident. If you would like to find out about your rights and how to take advantage of them, we will be happy to assist you.