Repeal of the Portuguese Bill for Sephardic Jews

The Portuguese law of return, which was enacted in 2015, and grants descendants of the Spanish and Portuguese Jewry the privilege to obtain a Portuguese European passport, has been in question in the past few months, due to a great fear it might change. However, eventually a hard pressure by Israeli officials and Jewish organizations worldwide caused the repeal of the Portuguese bill for Sephardic Jews. The Portuguese Parliament decided not to change the law and to leave it in its previous form.

The law offices of Cohen, Decker, Pex & Brosh, specialize in finding Jewish roots to Sephardic and Portuguese Jews in Israel and abroad. We can locate a Sephardic-Portuguese connection for you, should it exist, through a short genealogical test. This is added to the fact that our offices are leading in the field of Portuguese passports in Jerusalem.

Repeal of the Portuguese Bill for Sephardic Jews 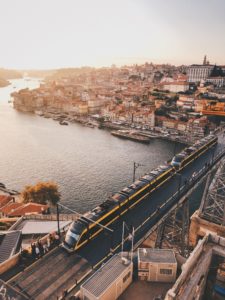 On April 28, 2020, during the period of Covid-19, the Socialist Party in Portugal proposed a bill. According to the bill, the law of return for descendants of Sephardic/Portuguese Jews in its current form will be repealed, and instead a new law will apply. The new law was supposed to restrict the applicants from obtaining the passport in the usual way, more than before.

However, after an intervention and pressure by Israeli officials, and also by the Jewish communities in Portugal, it was decided by the Portuguese Parliament that the bill would be dropped and there will be no restricting changes anytime soon.

The bill was ultimately not put to a vote by the Portuguese MP’s, but it still raised many eyebrows and was met with aversion among Israelis and Jews around the world. However, after the harsh public criticism voiced against the bill, its initiators decided to convert the requirement of 2-year residency in Portugal as a crucial condition for obtaining citizenship, and to replace it with a contemporary connection to Portugal.

At the end of the day, on July 7, 2020, the deputy of the Socialist Party, Constança Urbano de Sousa, decided that the bill will be dropped and repealed immediately. The Portuguese law of return for Sephardic and Portuguese descendants will not change at the moment, and there is no expectation of toughening the restrictions for the millions who are eligible for citizenship any time soon.

The proposed bill attempted to change law no. A/2015-30 in any possible way which will reduce or weaken the ability to obtain citizenship for descendants of Jews who were expelled from Spain during the Alhambra Decree. The reason being that in recent years, thousands of Jews from all around the world, and particularly from Israel, filed Portuguese citizenship applications. Yet, most of them did not settle in Portugal, or invested in it like the Portuguese government expected, when the bill was passed in 2015.

The bill to change the law was based on economic arguments, such as: “Almost none of the people are reaching Portugal”, or “the Israeli advertisement is negative”, and also “there are too many business companies that take part in it.” That is, advertising the passport commercially and feverishly, to the largest possible audience.

We attach the Portuguese bill, which came up for discussion in May 2020, but is no longer valid.

Our offices have knowledge and experience in the field of obtaining Portuguese citizenship. If you have decided that now is the time to act in order to obtain citizenship, it is worth reaching out to us in order to get consultation and guidance. Contact us for making an appointment with an immigration lawyer and obtaining a Portuguese passport in Tel Aviv or Jerusalem.