Prenuptial Agreement – the Agreement that regulates property issues within a marriage 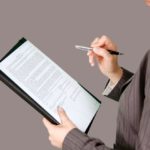 A Prenuptial Agreement (hereinafter: “the Agreement”) is an agreement made by spouses who intend to get married or are already married. The Agreement allows the couple to settle any property issues that may arise during their marriage, or afterwards if they get a divorce. The Agreement is subject to change at any time with the consent of both of the parties.

The Agreement is drawn up to regulate property and financial issues. If the couple wish to settle other issues, such as child support, custody etc., they will have to do so under a ‘Joint Life Agreement’, or under another agreement relevant to the matter that they would like to arrange, for example: a ‘Joint Parenting Agreement’.

What is a Prenuptial Agreement?

The Prenuptial Relations Act 1973 (hereinafter: “the Law”) which applies to married couples from 1974, allows a couple to draft a prenuptial agreement. The couple will be able to settle, in the Agreement, any issues relating to property which they possess such as:

When a couple, married after January 1st 1974, does not draft an Agreement that differs from Law, the instructions of the “Resource Balancing Arrangement” shall be implemented on the couples’ property (section 3 (a) of the Law).

Therefore, it is important to draft an Agreement with a family lawyer. The lawyer will be able to form a comprehensive and complete Agreement on all relevant property issues, so that no situation is created in which the instructions of the “Resource Balance Arrangement” will apply.

The importance of a Prenuptial Agreement

The Agreement is of enormous importance as we mentioned at the beginning of the article. The Agreement allows a couple to arrange all separate/joint property issues as well as future property that will be possessed by the couple during their marriage. The Agreement will also include the manner in which property will be distributed in the event of the expiration of a marriage (due to divorce or death of one spouse). Read about the various benefits of the Prenuptial Agreement in: “Three Reasons to Have a Prenuptial or Financial Agreement”.

Approval / change of a Prenuptial Agreement

The Agreement will be approved by one of the above, after seeing that the Agreement / modification has been made consensually, and that both parties understand its meaning and consequences (section 2 of the Law). It is highly recommended to approve the Agreement at the Family Court and obtain a judgment on it there.

An Agreement that has not been approved by one of the authorized bodies, it lacks the ability to be as strongly enforced. If an Agreement is not approved, the general law provisions will apply according to its subject (Jonah (Sharabi) Shay v. Sasson (Sharabi) Shay).

Is the court authorized to intervene with the contents of a Prenuptial Agreement or, cancel it after its approval?

When an Agreement has been brought to the court to be approved, it will not interfere with the content or reasonability of the Agreement but, will do so if it is proven that one of its clauses is illogical/illegal. The court will only verify the Agreement after seeing it was agreed upon with the consent of both parties, and that they fully understand its meaning and consequences (Chaim Haliva v. Aliza Haliva).

If one of the spouses were to petition the Court to cancel the Agreement (after having been approved), the Court would grant the request only in extreme cases (Rachel Pegas v. Israel Pegas). From here, we see the honor and importance that the Court sees in such an Agreement, which is like any other contract.

Who is allowed to draft a Prenuptial Agreement?

Couples who are not married but have an authentic relationship will be able to settle property issues under a ‘Joint Life Agreement’.

A Prenuptial Agreement is an essential and necessary Agreement but of special sensitivity hence, the importance of drafting it with someone with the right qualifications. At the Cohen, Decker, Pex & Brosh Law Offices you will find attorneys qualified as mediators, and our lawyers will lead you to a perfect and comprehensive Agreement in your best interest.