In this article we will discuss a complex, sensitive issue; cases where a foreign caretaker becomes pregnant and gives birth during her stay in Israel. Many questions arise if a foreign caretaker becomes pregnant during her employment by an Israeli family. Legal issues include: How does this affect the foreign worker’s legal status in Israel? What does it mean for the patient who is employing that worker? Can the worker continue to remain in Israel with her child or children who are born in Israel? We will cover these and other questions in this article.

The law offices of Cohen, Decker, Pex, Brosh specialize in labor laws relating to nursing caretakers. We provide our clients with solutions and assistance for such issues as patient/caretaker relations, obtaining and extending Israeli work and residency permits, transferring workers between patients, and providing legal counseling and assistance for workers and employers in this sector.

The choice to stay or leave rests with the worker herself 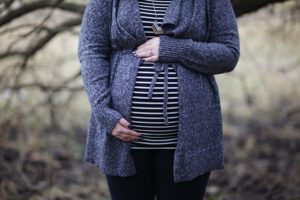 What happens when a foreign caretaker becomes pregnant and bears a child in Israel? The Supreme Court had previously ruled that the state must allow foreign workers to stay in Israel with their children, as long as they wish. Since then, an updated regulation has been published by the Population and Immigration Authority; providing foreign caretakers with two choices.

The caretaker can leave the country, with her Israeli-born children, and then return to Israel alone. Alternately, she may stay in Israel with her children up to the maximum period legally allowed.

The Population Authority regulation on foreign caretakers who become pregnant does not detract from their rights under the Women’s Labor Law. Accordingly, pregnant foreign caretakers’ rights are equal to those of Israeli female employees. For example; from the fifth month of pregnancy on, it is forbidden to have them work overtime, on the weekly rest day, or during the night, if they do not agree to do so. Employers must also allow caretakers to take the vacation and sick days to which they are legally entitled (for example, for bed rest during a pregnancy at risk). Refusal to allow foreign caretakers to exercise their rights may lead them to bring a civil suit, and even lead to criminal charges against the employer.

In addition, it is forbidden as a rule to fire foreign caretakers who are pregnant. In exceptional cases the employer may file an application for permission to fire them or reduce their hours or income. In such cases, the pregnancy itself cannot be the reason for the application. The application must be submitted to the commissioner for the Women’s Labor Law in the Labor and Welfare Ministry.

If a foreign caretaker becomes pregnant or gives birth in Israel, her residence visa must be adjusted accordingly. As explained in the preceding article of this series, the Entry into Israel Law defines various types of residency permits and visas. If the pregnant worker continues to work for her employer, her status does not change during the pregnancy.

After the birth, if she decides to stay in Israel with her child and continue working for the same employer, she has to arrange this with the Population and Immigration Authority and present a letter from her employer, certifying that the employer is aware that the child is staying with the mother in Israel. The worker will be granted an Israeli residency and B-1 work permit, enabling her to continue working for the same employer. If the worker needs an extension of her maternity leave, she must file an application for a B-2 visitor’s permit.

Giving birth without an employer in Israel

If the foreign caretaker gives birth in Israel but does not have a current employer, her status depends on how long she has been staying in the country. She must apply for an extension of her visitor’s permit (B-2) in order to give her time to find a new employer. In any case, this request can only be made during the first 63 months of the worker’s stay in Israel; as a rule, her stay cannot be extended beyond that time except in extremely rare cases.

Regarding her child or children, they will be eligible for a type B-2 visitor’s permit, which corresponds to their mother’s legal status. It is important to note that if the child’s father is an Israeli citizen, the child is an Israeli citizen from birth. However, in cases of a foreign worker mother and Israeli father, the Interior Ministry generally requires a paternity test. A court ruling requires this test in order to register the child as Israeli in the Population Register, as a prerequisite to approving Israeli citizenship for the newborn.

If you would like advice and assistance in anything regarding employment permit, obtaining legal status for caretakers, or specifically regarding the legal implications of a pregnant foreign worker, we will be happy to help. Contact the law offices of Cohen, Decker, Pex, Brosh, in Jerusalem and Tel Aviv, to obtain assistance and legal information. We specialize in the nursing sector, arranging legal status for caretakers, and representing workers and their employers before various authorities.