Portuguese Citizenship: Your Gateway to Europe

With all due respect to the Israeli citizenship, many of us desire a European one. Just in case – have another passport in our pocket, to open doors in the event of an emergency or trouble. Many Israelis like to travel the world with a foreign passport in hand, and to feel like global citizens. It’s easier to enter into the US with an EU passport, rather than with an Israeli passport, with which a tedious procedure is required to obtain a visa in advance from the US embassy in Israel. If you are also interested in obtaining a Portuguese citizenship, and wish to know what are the requirements, Adv. Joshua Pex summarizes the essential information on this topic in this article.

Why Portugal is Granting Portuguese Citizenship for Sepharadic Jews?

A Portuguese passport is something that many Israelis desire, and rightly so. Portugal is a part of the European Union (EU), and a Portuguese passport allows its holders to settle in any country that is a member of the EU. With this passport it is possible to move around Europe for any purpose: work, studies, or just a search for a new beginning and new opportunities elsewhere (something which hundreds of thousands of Israelis dream of). Additionally, a Portuguese passport saves the need to apply for a US visa, and opens the gates to countries which Israelis cannot enter with an Israeli passport.

The reason for granting Portuguese citizenship is historical: we all know the Alhambra Decree, enacted in 1492, which resulted in many Jews being persecuted and moving to other countries. These included North Africa, the Middle East, and other European countries, from Bulgaria to Netherlands, Israel and even the American continent. Before those exiled Jews left the Iberian peninsula, many of them first moved to the neighboring country of Portugal. However, they didn’t settle there for too long, since in 1497 they were deported by the Portuguese king, due to pressure from Spain.

Portugal, in whose territory the aforementioned persecutions took place, tries to correct this historical injustice which occurred hundreds of years ago. As amends it grants, according to the Portuguese Law of Return, citizenship to descendants of the expelled. Portuguese citizenship and Sepharadic surnames are two interrelated concepts, since the surnames help to prove the history and the journey our ancestors went through. 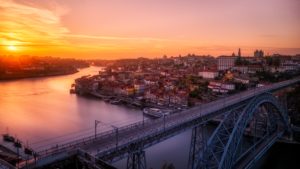 The numbers indicate tens of thousands of Israelis have already started the procedure. In 2019 alone, over 25,000 applications have been recorded. Many Israelis know that the option is open to them, but that it involves a legal procedure and requires them to seek a lawyer’s services and devote their time and energy. For that reason, quite a few of them say to themselves “I will wait a few more years, and when I’ll need to, I will begin the process”. However, it’s always possible that circumstances will change in the meantime. For example, the Spanish law of return was cancelled and the Israeli path to Spanish citizenship closed, after only a few years.

Portuguese Citizenship: Eligibility, Immigration Lawyer and Everything in Between

If you have reached the conclusion that it is the best time to obtain a Portuguese passport, it is only right to start your journey with the help of an immigration lawyer, since it is the fastest way to receive a Portuguese passport. As you could imagine, issuance of a foreign country’s citizenship is not a daily and simple procedure you can do on your own, but a cross-continental bureaucratic procedure. It is recommended that you have the aid of someone who did this before, who knows both the Israeli and Portuguese law and knows how to help you receive the desired citizenship.

The first step you will have to take is to prove a connection to Portugal, or more precisely to the Sefardi expellees from Spain and Portugal. Any document or data which was kept throughout the years may help you: different certificates, a pedigree (family tree) which goes several generations backward and can be obtained by genealogists with an expertise in the field. With respect to a Portuguese citizenship, surnames are naturally significant, since many names speak for themselves. All the above are “evidence” the Portuguese authorities would expect to see in order to prove your case.

One should pay attention to the fact that even if you think that your surname is Spanish/Portuguese beyond any doubt, it might be a good starting point of the process of obtaining citizenship, but it is not a satisfactory evidence in and of itself. You will have to prove your affinity with documents required for submitting an application for a Portuguese citizenship.

Affiliation Confirmation By the Jewish Community in Portugal

The relevant body to which your application will be transferred is the Jewish community in Portugal, which approves the appropriate applications. It alternatively denies applications, if they do not attest any affiliation to the expelled Sefardi Jews. Eventually you will receive a certificate, which will be submitted to the Portuguese Ministry of Interior for the purpose of examining your case, along with additional officially translated documents that will need a notarized translation and an apostille stamp.

As mentioned, a window of opportunity is open for you, and it will not last forever. An immigration lawyer, as you may find in our offices, will know how to provide you the right tools and to help you according to your needs, to guide you along the way and do all that is necessary for you to reach the desired outcome at the end of your journey.