The Number of Portuguese Passport Applications

The law offices of Cohen, Decker, Pex & Brosh specialize in obtaining Portuguese passports for those who are entitled. In our offices, located in Jerusalem and Tel Aviv, there is a well-developed practice with respect to eligibility to Portuguese passport for descendants of Jews who were expelled from Spain. Among our services, we offer an exclusive genealogical service to our clients, in order to confirm their Spanish pedigree. 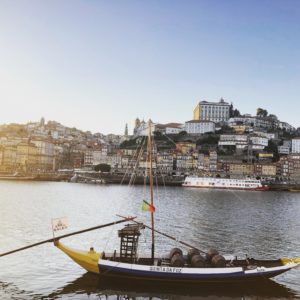 The Portuguese Law of Return, which was passed in Portugal in March 2015, appeared featured prominently in the news more than once, due to new yearly records of numbers of applications submitted by Israelis wishing to obtain a Portuguese passport. 2019 had the highest number of applications so far. In this year alone, 33,000 passport applications were submitted, of which 26,000 were by Israelis.

Compared to other passports, the Portuguese passport is regarded as relatively easy to obtain, and thus it is far more popular. The amount of inquiries for the possibility to obtain the passport is much higher compared to other passports, such as Polish passport, Austrian passport, Romanian Passport, Bulgarian passport and so on. The reason is probably that Portugal is currently not setting any binding conditions for Portuguese passport applicants, such as living in Portugal, knowledge of the local language/culture, obligation to arrive to Portugal for an interview with the authorities, etc.

When the law only passed in 2015, most of the inquiries came from Turkish Jews of Spanish Descent, who could prove that they are from Sefardi family descent. In this year, the awareness of the passport was low and not many Israelis applied for it.

According to statistical data, the vast majority of applications comes from Israel (between 70%-80%). The rest comes from Brazil, Argentina, USA, Turkey (1,150) Morocco, Venezuela (580) and the UK. It should be noted that due to Britain’s withdrawal from the European Union (Brexit), it is expected that we will see an increase in the number of applications among the British Jews, who are interested in keeping their free entry to the EU countries, thanks to the Portuguese passport.

Applications for issuance of a Portuguese passport is a complicated bureaucratic procedure and for that reason it is customary to get the assistance of a professional, in order to advance the different stages of the application and manage the process properly. For your information, you must present different documents that will prove your affinity to Jews who were expelled from Spain and to submit documentation, such as: birth certificates, marriage certificates, certificate of good conduct (which should be translated into Portuguese and be accompanied by a notarized certificate and an apostille certificate.