New US Immigration Restrictions and Their Effect on Israeli Immigrants

New immigration restrictions are about to take place in the US, and they will have a major effect on workers and immigrants from Israel. The current US administration is the most anti-immigrant one in many years. Many Israelis assume that because US/Israel relations are good that Israeli citizens wishing to immigrate to the US are exempt from the anti-immigrant fervor. But there’s no reason to assume that to be true. In this article, Jamie Cohen, a senior attorney at Cohen, Decker, Pex, Brosh, an Israeli law firm specializing in immigration to the US, explains the upcoming immigration restrictions, and how they will affect Israelis. 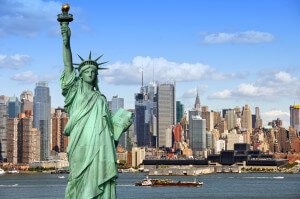 Immigrants from around the world, including Israel, are subject to increasingly stringent background checks and requirements, seriously delaying the immigration process. This is especially true for those from the high tech industry. In addition, many business visas to the US are now being denied or subjected to serious delays as the Administration has instructed immigration examiners to question almost any type of visa application. The focus of US efforts is now called “Buy American, Hire American.”

Dreamers are used as leverage for US immigration reform

What is driving the legislative action is the President’s earlier determination to strip legal status from young illegal immigrants subject to the Dream act (called Dreamers for short) as well as hundreds of thousands of individuals who came to the US during crises and who were granted temporary status. When the President removed the dreamers’ status, he called upon Congress to address the situation directly. In normal times, this likely would lead to positive results. But now the Administration apparently is using the situation of the dreamers as a leverage in Congress negotiations to push for  very serious changes to US immigration law.

The President just proposed a deal where the dreamers will be granted a pathway to eventual US citizenship in turn for drastic cuts in US immigration. The most likely program on the chopping block is the Diversity Visa program, known as the Visa Lottery. Here, millions of applicants from around the world vie for 50,000 green cards every year. On average 200-300 visa winners come from Israel each year. This program likely could be curtailed or eliminated this coming year.

In addition, President Trump has called for sharp reductions to what he terms, “chain migration.” This is the idea that an individual who obtains US citizenship can apply for immigration for close family members. Under current law, a US citizen can apply for a green card for his spouse, his children, his parents and his siblings. Under the President’s proposal, a US citizen would be limited to applying only for his spouse and minor children. This would be a huge change in law, potentially affecting hundreds of thousands of applicants wishing to immigrate to the USA.

Congress is likely to approve immigration restrictions in some form

Up to now, all the changes have been administrative, not necessarily legal changes. Immigration restriction proposals are subject to Congressional action and will undoubtedly be changed during the legislation process. But there’s a strong likelihood that Congressional action on immigration in the next few months will seriously limit who can immigrate to the United States. Both houses of the US Congress are Republican and generally agree with the President that US immigration must be further restricted. Also, once legislation begins to be considered, any change to US immigration will be on the table. This can include work visas to the US and the well-known EB-5 investment green card, which has been subjected to serious criticism over the past few years.

If you are interested in a green card or a business visa to the US, then this is might be your last chance. Any changes in law likely will be prospective, meaning if an application for a green card or a visa has been filed before the enactment of the new law, then that application will be grandfathered into the existing system.  Call our offices to make an appointment before it’s too late.

Cohen, Decker, Pex, Brosh is a law firm specializing in immigration to the United States. Our office has branches in Petach Tikva and Jerusalem. Contact info below. 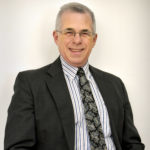