Non-disclosure agreements, commonly abbreviated as “NDA” and also known as “confidentiality agreements”, are contracts which protect confidential or proprietary information from being released to the public. These agreements are common between two or more parties that are entering a joint venture.

The law office of Cohen, Decker, Pex, Brosh, specializes in corporate and company law. We help facilitate contracts within Israel and cooperation between companies in Israel and abroad. In this article,attorney Michael Decker will explain the purpose and importance of Non Disclosure Agreements.

What is an NDA?

While an NDA may assume different forms, the basic premise is that of a contract stipulating that the recipient may either not make use of the information outlined in the NDA or only do so for a clearly defined purpose, such as contract negotiations. The NDA generally places restrictions on disclosing the information to third parties. These agreements may be unilateral, with only one party barred from disclosing confidential information, or mutual, applying to both parties. Areas in which you might find NDA contract involve the disclosures of technical information, intellectual property rights and trade secrets, such as the formula for Coca Cola. Mergers, joint ventures, financial information and requests for proposals would also involve Non-Disclosure agreements. NDAs are also common when a company is seeking funding from potential investors, to prevent competitors from making use of its trade secrets and other proprietary information. 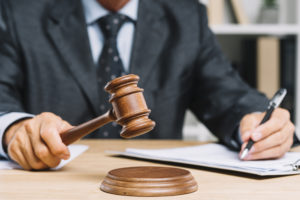 For a well known example of the limits placed on NDA’s, we can present the famous case of Jeffrey Wigand. Jeffrey was a biochemist who violated an NDA he signed with Brown & Williamson, a tobacco company for which he worked, by contacting the press with information that the tobacco companies were intentionally manipulating the nicotine content of their cigarettes to make them more addictive, in spite of being aware of their carcinogenic properties. Subsequently, the Defend Trade Secrets Act of 2016 was enacted, which contains a clause to protect whistleblowers:

“For whistleblowers who share confidential information in the course of reporting suspected illegal activity to law enforcement or when filing a lawsuit, provided they do so under seal”. The meaning and scope of this provision are of vital importance to enforcing health, safety, civil rights, financial market, consumer, and environmental protections  and  deterring  fraud  against  the  government,  shareholders,  and  the public.

If an NDA is necessary, it should be signed at the earliest stage of the relationship between the disclosing and recipient parties. The agreement should be as broad as possible, so as to provide maximum coverage in terms of confidential information. Other terms and conditions of the NDA should be carefully considered before it is signed.

The recipient (the party signing the NDA) may want to limit the duration of the NDA to the shortest time possible. A period of 1-2 years is generally considered reasonable, depending on the nature of the information. In other cases, such as when disclosing trade secrets, the NDA may prohibit the recipient from making use of it indefinitely.

What should the Non disclosure agreement specify?

The NDA should clearly state who is entitled to receipt of the confidential information. It is not uncommon for an employer to require that all employees sign a general NDA prohibiting them from sharing information about the company with the public. Conversely, some NDAs may deal with information available only senior members of a company, such as the board of directors and high-level employees. If there is a need to disclose generally restricted information to lower level employees, a clause should specify that this only be done on a need-to-know basis.

When is an NDA not appropriate?

When granting the recipient license to make use of the confidential information, rather than restricting the usage of such info. An NDA is not the proper form of contract, and this should be separately negotiated in a licensing agreement. The NDA is also not the right contract for restrictions on competition or solicitation.

A clause to be avoided is a liquidated damages clause, meaning that certain pre-set damages will be incurred by the breaching party for each separate breach.

On the other hand, injunctive relief, allowing for the injured party to request a court injunction to prevent further breaches, is an appropriate NDA clause. This will allow the prevailing party of a legal action to be compensated for its costs, and will help prevent unnecessary litigation. Finally, the NDA should outline how the recipient must discard the confidential information in its possession.

If you need help outlining an NDA or any other form of contract, in Israel or abroad, we’re ready to help. Contact our law offices in Tel Aviv or Jerusalem for legal aid and information about agreements, NDA’s, and any other issue involving contract law.