Israel is a beautiful Middle Eastern country on the Mediterranean Sea. This tiny patch of earth is regarded as the biblical Holy Land by the Jews, Muslims, Christians, Druze, Baha’is, and other religions. It is known as one of the most sacred countries in the world. All faiths and religious practices can be granted a tourist visa to the Holy Land but if you plan on moving to Israel on an extended or permanent basis, then you must understand how difficult it is to immigrate and obtain Israeli citizenship. If you are not Jewish or don’t have Jewish heritage, you will need to qualify for one of the limited visa categories.

Israeli immigration lawyers at Cohen, Decker, Pex, Brosh – Law Firm, specialize in assisting clients from all over the world in the process of relocation to Israel.

How can I move to Israel? 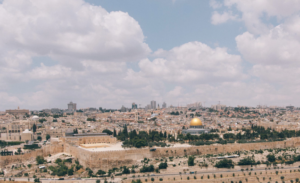 As per the Israeli laws on residency and citizenship, you must meet at least one of the following criteria to be eligible to apply for Israeli citizenship.

It is not easy to get Israeli citizenship, but there are several ways in which one can try to be a part of the Hp;yd/.

How do I move to Israel?

You can move to Israel if you can obtain a visa from the Ministry of the Interior. However, Israel is not an immigration country. Despite being a modern liberal democratic country, it does not have laws and regulations that enable foreigners to settle in the country for the long term. Three laws are relevant to entering the Holy Land and making it your home.. These three laws are –

Immigration to Israel is possible for those who are Jewish, or have Jewish family members, including parents and grand-parents, through a process called Aliyah. Aliyah allows a person with Jewish roots who is eligible under The Law of Return to “return” to Israel.

Per Clause 1 of The Law of Return, all Jews are able to become citizens of Israel, no matter where they were born, with the exception of those who converted to another religion of their own free will. As per the 1970 amendment of this law, this right is also vested in the spouse, children and grandchildren of a Jew, and their spouses in turn, except those who have voluntarily changed their religion.

A person who is currently in Israel as a tourist may apply for Aliyah and receive Israeli citizenship. In order to do so you will need to print and fill the Notification of Interest in Receiving Citizenship under the Law of Return to apply for Israeli citizenship. The form must be submitted in person at the local Population and Immigration Authority office closest to your place of residence along with documents supporting your application.

The decision to accept or reject the immigration application to Israel is granted to every Jew who has expressed their desire to settle in the Holy Land, except if the Minister of Immigration finds that the applicant –

How to move to Israel if you are not Jewish?

The process of Aliyah for a person who does not have Jewish roots or is related through marriage has not been established yet. There is nothing under Israeli immigration law or in the Law of Return that allows immigration for those who are not Jewish. The Knesset (Israel’s parliament, the country’s legislative body) has not enacted any law that allows foreign citizens, who are neither Jewish nor related to a Jewish person, to obtain permanent legal status in Israel, with the exception of those who have a relationship with a resident or citizen of Israel.

If you are not Jewish you may apply for a visa as a tourist, foreign worker, student, volunteer, clergy person with a religious organization, or for a special investor visa, if you are a citizen of the USA.

Individuals whose citizenship was canceled during their childhood

The documents must be submitted to the nearest consulate abroad or at the local Population and Immigration office if the applicant is in Israel.

If you have been living in Israel for at least 3 years, holding a 5-year-valid permanent residency status, you can apply for Israeli naturalization. The applicants must also meet the following criteria-

They must submit their ID card and foreign passport or travel document to the relevant authorities along with supporting documents.

Permanent residents who are married to Israeli citizen eligible for naturalization

You can also apply for permanent citizenship if you are married to an Israeli citizen, or are living with an Israeli as a common-law partner, and have permanent residency status in Israel. You must also be residing in Israel and sharing a household with your spouse. You are required to submit the necessary documents along with foreign passport or travel documents and prove that Israel is the center of your life.

Anyone who is born to an Israeli father or mother is eligible for Israeli citizenship, from birth. This is true whether the birth was in Israel or abroad. However, the Israeli immigration authorities will often demand a DNA test to prove paternity, in cases where the birth was out of wedlock, or was not registered on time.

For children who are under the age of 18 to get citizenship to the holy land, they must have at least one parent who is an Israeli. Additionally, they have the right to get Israeli citizenship, if their center of life is in Israel. Both parents must give consent to apply for citizenship. The documents needed include parents’ ID, parent and child passport, consent from both parents, and a cover letter explaining why the minor seeks citizenship in the country.

Moving to Israel is not as easy as it looks, but it is not difficult if you have Jewish roots, or Israeli immediate family members. Our law firm assists individuals and companies in the process of obtaining Israeli visas and all issues related to immigration to Israel.