;Over the last few decades, there has been a regrettable increase in the rates of divorce in Israel. Alongside the many divorced couples, there are also separated couples in Israel who decided to avoid a formal divorce proceeding. When the Israeli spouse is still registered as married, it’s difficult to arrange legal status for a foreign citizen spouse. Advocate Michael Decker, a specialist in Israeli immigration law, explains what can be done when the Israeli spouse doesn’t want or cannot obtain a divorce.

For issues related to immigration law and arranging Israeli legal status, contact the law offices of Cohen, Decker, Pex, Brosh Our attorneys. in Jerusalem and Tel Aviv provide clients with comprehensive legal solutions and representation before all the administrative and judicial courts. We have extensive experience in arranging legal status for foreign spouses, including when the Israeli spouse has yet to obtain a divorce.

If divorce and couples living separately was once a rare phenomenon in Israel, it has now become extremely common. According to data of the Central Bureau of Statistics, over 11,000 couples got divorced in Israel every year in the past decade. Yet, this data reveals only a partial layer of the phenomenon. There are also separated couples in Israel who never went through formal divorce proceedings. There are many reasons why a married couple might remain separated but not legally divorce. It can be out of revulsion for the governmental or religious establishment; a desire not to dissolve the official marriage bond for the children’s sake; or objective difficulties dissolving the marriage or completing the divorce process due to a lack of cooperation from the spouse.

Arranging legal status in Israel is possible both for married couples and common-law couples. However, as long as the Israeli spouse is not divorced from a previous marriage, they cannot get married a second time to the foreign partner. As long as such a situation persists, their only option is the track defined by the regulations for common-law marriages. If the Israeli partner seeks to marry the foreign partner, they will naturally need to arrange the divorce first.

Filing a joint-life application for a common-law couple

The relevant procedure includes several stages, spread out over approximately 7 years (as compared to married couples, for which the process lasts about 5 years). The first stage of the process is filing a joint-life application with the Interior Minister. During this stage, the couple must appear at meetings, present various documents, and answer questions about their background. 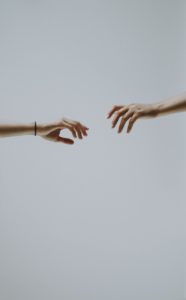 In addition, they are required to present evidence of joint life. This evidence is examined initially when the application is first submitted. The sincerity of the relationship is also examined, as well as the possible presence of legal impediments to or restrictions on the foreign spouse’s residence in Israel. At the end of this preliminary stage, the foreign spouse’s visa will be extended until the application has been decided. For more information on arranging legal status for a common-law spouse, see this article on our website.

When the Israeli spouse is still registered with the Interior Ministry as married, this is likely to complicate arranging legal status for the foreign spouse, and sometimes even to derail it entirely. The regulations require that the married partner prove that they are doing everything in their power to dissolve the prior marriage.

Reviewing the rulings of courts and appeals courts of the Population and Immigration Authority shows that one question investigated is whether evidence was presented to the Population Authority regarding the seriousness of efforts to dissolve the previous marriage bond. Ergo, the married partner must begin divorce proceedings, if possible, and present documents proving that they had taken action towards this end.

For example, if the Israeli partner is Jewish and was married to a Jew, he or she must arrange their divorce through the Rabbinate, as well as presenting documents indicating the status of the process in the Interior Ministry. If, for example, the woman is an “agunah”, it may enough to present proof that all efforts are being made to locate her former husband. If the Israeli partner was married abroad in a civil ceremony to a spouse of another religion, here too he or she must dissolve the marriage in family court. The spouse may have to obtain a divorce in the country where they got married, or arrange a court declaration of the divorce, depending on the specific circumstances.

The issue we have discussed in this article is relevant for arranging legal status for many couples comprised of a foreign spouse and an Israeli spouse who has not yet obtained a divorce from a previous marriage. As we have explained, lack of a legal divorce is likely to hold up arranging the foreign spouse’s legal status in Israel, and sometimes even derail it entirely. If you have legal questions or need assistance, you can contact us and we will be happy to help. The attorneys from the law offices of Cohen, Decker, Pex, Brosh, specialize in immigration to Israel and have assisted many couples to arrange legal status in Israel, including couples in which one partner has not yet arranged a divorce from a previous marriage.