Our world is constantly changing, even the traditionally nuclear family consisting of a married mother and father with children, is no longer the only family construct existing today. Same-sex marriages and single-parents are just some of the constructs in modern society. Further, there are currently couples (male and female) who come together solely for the purpose of having children. A Joint Parenting Agreement (hereinafter: the “Agreement”) is an Agreement designed to regulate the obligations and rights of parents over their joint child.

Who is a Joint Parenting Agreement intended for?

All couples who are planning to, or have brought, a child into the world can make an agreement. However, the agreement is primarily intended for couples who have come together solely for the purpose of having children, such as: 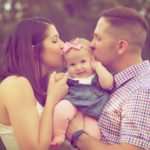 What all these couples have in is the desire for a child. As these couples have no connection to each other except for their child, the arrangements in Israeli law and rulings do not provide proper protection and responses. There is the need to regulate many issues (as detailed below), which will be settled in the agreement.

The main issues settled in a Joint Parenting Agreement

The agreement can include any issues that the parties wish to settle. There are important and major issues that are strongly recommended to include, such as:

One of the important issues that needs to be addressed in the agreement is the regulation of the biological parents’ spouses.

There is no restriction on the biological parents of a child to have other spouses, but it is necessary to regulate their rights towards the child.

The issue is even more crucial with same-sex couples. These couples biologically can’t have children together and in that case, one of the spouses needs to communicate with someone of the opposite sex in order to ensure that the couple can become parents. The spouse who is not the biological parent has no legal rights as a parent to the child! In some cases the court will grant them these rights regardless.

For example: A same-sex male couple wishes to become parents. One of them communicates with a woman and have a child together. After about a decade of the two men raising the child together, they separate. Although the non-biological parent acted as parent for that child, he legally has no rights over the child! There may be some cases in which rights will be granted.

It is important to note, in the case of same-sex couples, that the court may grant a non-biological parent a “parenting decree” that will allow them to register as the child’s parent – (Jane v. Ministry of Social Affairs and Social Services).

In the case of parents of the opposite sex, a “parenting decree” will not be issued and the biological parent’s spouse will be left without rights over the child (there are some exceptions as noted).

Hence, there is the utmost importance of regulating the rights of the biological parents spouses towards the child.

Since the agreement is forward-looking, we need to regulate all future issues that may arise, both between the parties (parents) themselves, and their child. As a result, the agreement becomes complex with many components.

This is why it is important to make the agreement together with a specialized attorney. An attorney familiar with the field of joint parenting relationship has the ability to direct the parties to a comprehensive agreement that will meet both their needs and the needs of the child, in the present and in the future.

Approval of a Joint Parenting Agreement

It is recommended to approve the agreement with the competent body as follows:

The court will approve an agreement after it is convinced that it’s in the child’s best interest – (section 24 of the Legal competence and Guardianship Law, 1962).

The Court’s approval of the Agreement gives it the validity of a judgment, and the possibility to contact the various implementing authorities to enforce it if necessary.

At the Cohen, Decker, Pex & Brosh Law Offices, we have attorneys qualified as mediators. Our attorneys will guide you through a Joint Parenting Agreement make the process of having a child together as easy as possible.