If a foreign spouse \ partner of an Israeli is in the process of obtaining legal status and the Israeli partner passes away, the foreign resident is left in a complex legal situation. In this article, attorney Joshua Pex, a specialist in immigration law, explains what can be done in such a complicated case.

The Cohen, Decker, Pex and Brosh law offices, in Jerusalem and Tel Aviv, specialize in immigration law. Our attorneys have extensive experience in accompanying foreign residents in obtaining legal status as partners of Israelis, and representing them before the administrative and legal courts. 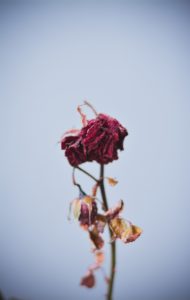 Obtaining Israeli legal status after the passing of Israeli partners

For a foreign partner of an Israeli citizen to obtain legal status, he or she must meet many conditions set by the Interior Ministry concerning married couples and common law couples, who maintain a joint life under one roof. A foreign partner who meets the requirements may gradually obtain permanent legal status. During this process, the foreign husband’s \ wife’s residence in Israel depends primarily on a continued relationship with the Israeli partner.

One of the most complicated cases in this context is when the Israeli spouse passes away while the foreign spouse is still in the process of obtaining legal status. In addition to the tragedy and personal loss, legal questions arise regarding the widowed foreign spouse’s continued residence in Israel. Though their status initially derived from the relationship, in many cases the foreign spouse develops a connection to Israel, has common children who are Israeli citizens, finds a job, creates social connections, etc. Is it possible for them to stay in Israel on these grounds? To deal with this issue, the Interior Ministry has established a special procedure.

After reporting the death of the Israeli partner, the foreign widow \ widower undergoes an interview to evaluate his or her intention of staying in Israel. Following the interview, the gradual process is halted and a decision is made whether or not to transfer the case to an inter-ministry committee, comprised of representatives from government offices, the police and the Immigration Authority. The committee then sends a recommendation to the director of the Immigration Authority, who is authorized to permit a foreign partner to remain in Israel for humanitarian reasons (a broad term that depends on the circumstances of each case).

Conditions for transferring the case to an inter-ministry humanitarian committee

It would appear that the procedure only applies to couples who were married and who were in advanced stages of the gradual procedure. However, it is possible in some cases to deviate from the regulations, thus including common law couples, or cases where other conditions set in the regulations are not met.

If the couple has common children, the following conditions must be met: the Interior Ministry was convinced of the sincerity of the relationship during the process; the foreign partner was granted a temporary residence visa during the gradual procedure; over half of the period of the gradual procedure has passed; and the children are in the custody of the foreign partner. Otherwise, the welfare authorities will be contacted to obtain information regarding the children.

If the couple had no common children, the following conditions must be met: the Interior Ministry was convinced of the sincerity of the relationship during the process and no other doubts were raised in this regard; the foreign partner was granted a temporary residence visa via the gradual procedure; and over half of the period of the gradual procedure has passed. If these conditions are met, the foreign partner is invited to another interview to examine their connection to Israel versus their connection to their country of origin.

If a decision is made not to transfer the case to the inter-ministry committee, an internal appeal may be filed within 21 days of the decision. If the case is transferred to the committee, and the request to stay in Israel is refused, an appeal may be filed to the appellate court under the Entrance to Israel Law. The foreign partner even has the right to an additional appeal, before the Administrative Affairs Court.

Intervention in the decision of the committee may occur, for instance, in cases where considerations regarding a connection to Israel were not taken into account. For example, in a case handled by our firm, the appellate court ruled that the committee was wrong to ignore the fact that a foreign resident, whose Israeli husband had passed away, had family in Israel, as well as assets she had inherited from her husband. It was ruled that under the circumstances, the foreign partner had a strong connection to Israel, and therefore the decision to refuse her stay in Israel was overturned.

In conclusion, even in cases where the Israeli partner passes away during the process of obtaining legal status for the foreign partner, it may still be possible for them to remain in Israel. If you need help on this topic, or have additional questions, contact our offices and an attorney from our firm will be glad to help. The law offices of Cohen, Decker, Pex and Brosh specialize in immigration law and obtaining legal status for foreign partners in Israel.