This article will explain issues surrounding the Israeli citizenship DNA test.  There is a lot of misinformation available about this issue, so we will address how to obtain citizenship, where a DNA test qualifies as evidence, and where it does not. 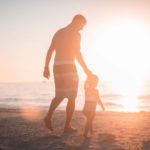 Often, when people come to us asking if they can apply for Israeli citizenship by using a DNA test to prove Jewish ancestry, they want to immigrate to Israel based on Israel’s 1950 Law of Return.  This law indicates that any Jew, child of a Jew, or grandchild of a Jew, is permitted to immigrate to Israel.  Subsequent legal processes indicate that this is only so long as a person has not converted to another religion.

However, many times, people know that they have Jewish ancestry, but their paperwork and documentation have been destroyed due to various politically chaotic periods or a family tragedy.  It is often in this context that they wish to use a DNA test to prove their ancestry.

When Is an Israeli Citizenship DNA Test Needed?

Despite a number of publications saying the opposite, a DNA test is not considered evidence that can be used to justify immigration to Israel.  This is because Israeli authorities often suspect that a person or their family may have converted to another religion, which would disqualify them from immigration to Israel.  There are many cases we have seen where a family is secular, often from the former Soviet Union, and has not converted to another religion; however, they cannot provide documents proving their Jewish ancestry.  In these cases, unfortunately, it is almost impossible to immigrate to Israel.  In some very rare cases, a DNA test can be used to prove their relation to a Jewish parent or sibling, but documentation of the parent’s or sibling’s Jewishness would need to be clear.

A DNA test can be used to obtain Israeli citizenship, but this is reserved to prove that a person is the child of an Israeli citizen.  According to Israeli law, if a child is born to an Israeli mother or father abroad, they can be granted Israeli citizenship.  The DNA test is used to authorize this, proving this familial link.  We discuss more about obtaining a paternity test in Israel in another article.

Conversion to Judaism for Immigration

We often receive emails from people indicating that they found out they have Jewish ancestry, but they cannot prove this through family documents.  In order to immigrate, it is possible to do so after conversion to Judaism.  Please see our article addressing this for more information.

If you have further questions about the Israeli citizenship DNA test or anything else about immigration law, please contact us.  The law offices of Cohen, Decker, Pex & Brosh have over 30 years of experience with immigration law, and we would be happy to assist with any of your legal needs.