In recent years, many Jews in France have decided to strengthen their engagement with Israel. Some of them emigrated to Israel and received Israeli citizenship. Others spend their time equally in both France and Israel. Still other purchase property in Israel while still residing primarily in France.

This creates confusion and uncertainty about inheritance laws, inheritance taxes and other relevant rights. The answers to these complex questions are not always clear and depend on the circumstances of each case.

So what is the law applicable in a case where the testator came to Israel but still has property in France? What about a testator living abroad who has acquired property in Israel?

In the context of this article, we will review the different aspects of this problem. The first and foremost question is: which law adjudicates each matter – the  laws of France or Israel?

Determination of the place of residence

What is the legal place of residence of an individual who spends time in two different countries?

In order to clarify the question of where the “life center” of a dual citizen lies, the courts apply the data submitted to them, using such criteria as place of residence, time of residence, property owned in each country, the type of residence, place of employment, where the person’s children study, and how often they leave Israel.

According to Israeli law, there is no restriction on the right of inheritance and a testator may, in his will, bequeath his property to whomever he wishes, without limitation. On the other hand, French law stipulates that the testator cannot completely disinherit his children. In every possible instance, they will have the right to inherit at least a portion of the estate. If one of the testator’s children dies before him, his children (that is to say the grandchildren of the deceased) will inherit said part of the estate. In the event that the deceased has no children, his spouse will be entitled to 25% of his estate. After distribution to the protected heirs, the testator may bequeath the balance of the estate to whomever he wishes.

In August 2015, a new law came in force for the majority of the countries of the European Union (including France). According to this law, the testator can 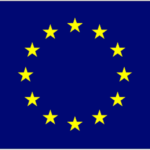 Such a regulation allows a French testator, holder of Israeli citizenship, to have his will adjudicated by Israeli Law, even in regards to real estate located in Europe (apart from property situated in Denmark / UK / Ireland, which have not adhered to this regulation). However, it was stipulated in the said regulations that the application of Israeli (or any other country) law should be clearly and specifically stated in the will.

There are a number differences between French and Israeli inheritance law. Given the complexity of determining which law applies in certain cases, it is preferable that immigrants (Olim) and foreign residents verify which will be the law applicable to their testament and whether the provisions of their will will be respected by the said law. If you have questions for an Israeli lawyer in charge of inheritance issues in Israel, please contact us. We are committed to providing you with excellent service at a reasonable cost. Michael Decker is an Israeli attorney who is an expert in inheritance law and will be happy to help you.