International Debt Collection – How to Collect Money from Israeli Debtors

International debt collection, between Israel and other countries, is naturally far more complex than collecting from a debtor in the same country. This situation raises many legal questions, including: How do you sue in Israel? What is customarily done beforehand? And what happens if even after winning the lawsuit, the defendant refuses to pay? These questions are addressed here by a lawyer from our firm specializing in debt collection and writ of execution in Israel.

The Cohen, Decker, Pex & Brosh law firm in Tel Aviv and Jerusalem specializes in corporate law and commercial law. The firm provides comprehensive legal assistance to individuals and companies from Israel and abroad on a wide range of issues concerning, among others, international debt collection.

In the global era, international business transactions have become easier and more accessible than ever. Many new options have opened up for transactions between companies and businessmen from distant places. This is made possible due to advanced technologies, among other things. However, although it has become easy to make international transactions, they still have many legal complexities.

Our firm deals, among other things, with legal representation in international transactions, debt collection, and writ of execution. We represent many creditors who are overseas (such as foreign companies, businessmen, etc.). We are often asked by our clients how to collect money from Israeli debtors. Below, we elaborate on this.

What happens when Israeli debtors refuse to pay creditors from abroad?

Foreign creditors often face difficulties in collecting money from debtors who live in Israel or who have fled to Israel in order to evade paying the debt. This may seem like a legally complex situation. Unlike a situation in which both parties are in Israel, the creditors aren’t necessarily familiar with Israel laws. Accordingly, creditors do not know what options they have to claim repayment.

Israeli law does enable foreign businessmen and companies to file lawsuits in Israel, including enforcement of foreign judgments. However, they must follow unique rules and meet the required criteria. In certain cases, the dispute may be resolved through alternative procedures, such as mediation and arbitration. It is also important to know that there is a writ of execution system in Israel. Creditors may turn to the Writ of Execution for the purpose of collecting debts after winning legal proceedings, and sometimes even beforehand. Below we detail the various ways of international debt collection. 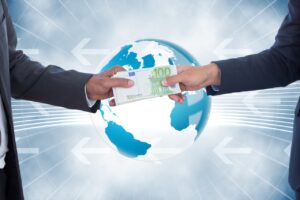 It is customary to send debtors a letter of warning before taking legal action. The letter is intended to inform the other party of the existence of the debt and the required repayment. This is an initial step that may often obviate the need to file a lawsuit or take additional legal action. It may cause debtors to think twice about whether to enter into legal proceedings that may be instituted against them, or to take action to repay the debt.

As a rule, Israeli law does not prevent a foreign plaintiff from filing a debt collection lawsuit. However, it may often be difficult to prove that Israel is the right place (or, in legal terms, Forum Conveniens, “the proper forum”) for the suit. This difficulty may arise, for example, when the debt is created abroad, or when the parties stipulate in their contract that a court of another country will be competent to hear the claim. In these and other cases, it is necessary to prove that Israel is the proper jurisdiction for the lawsuit despite the fact that the plaintiff is from a foreign country.

Another matter which must be taken into account is the possibility to apply to the court for an order that the foreign plaintiff provide security for the defendant’s costs. This is especially true when it comes to a foreign company. The Companies Law makes it possible to request the court that a foreign company filing a lawsuit in Israel will deposit a large sum of money to secure the defendant’s costs in Israel. A ruling of the Haifa District Court, guiding lower courts by stare decisis, states that the right of companies to file a lawsuit must be balanced with the defendants’ right to be repaid for costs if the lawsuit is denied. Many later rulings adopted this approach and required foreign companies suing in Israel to repay defendants for costs. However, each case must be examined according to its circumstances, as to the requirement of providing security.

Conflict management through mediation or arbitration

In some cases, the collection procedure may be managed through mediation or arbitration. Arbitration is a sort of “private trial” that is usually conducted before a person or entity chosen by the parties. Mediation is simply a negotiation that allows the parties to reach agreements that are acceptable to both. This topic is discussed in detail in another article published on our website.

It is important to know that, when filing a lawsuit in a Magistrates’ court, the court sometimes requires the parties to first undergo mediation. However, if this does not help, the lawsuit is usually taken up by the court.

If the debtor loses the lawsuit but still refuses to repay the debt, the creditor may apply to the Writ of Execution. The Writ of Execution is the enforcement arm of the Collection System Authority, which is intended, among other things, to assist winners of lawsuits to receive the money that they have won. It is important to know that, in cases when the amount of debt is known and easy to calculate, a claim for the money may be filed directly with the Writ of Execution. This is a procedure that may be faster than a lawsuit in court, as explained in another article published on our website.

Enforcement of a foreign judgment

A judgment that has already been given abroad may also be enforced in Israel, under certain conditions. The law allows for the enforcement of foreign judgments that are final (which cannot be appealed) and that were given in a state that enforces Israeli judgments. Compliance with these requirements and other conditions of the law enables enforcement of the ruling by an Israeli court. This is an important option in cases where debtors reside in Israel and refuse to pay their debt in the foreign country in which the judgment was given. For more information on the subject, see a detailed article published by a lawyer and partner from our firm.

In conclusion, there are a variety of ways for foreign citizens and companies to collect international debt from Israeli debtors. If you need help and advice in choosing the right way for you, contact us and we will be happy to help. The Cohen, Decker, Pex & Brosh lawyers have extensive experience in representing international companies and foreign businessmen and in conducting proceedings in all legal courts and before the Writ of Execution.