The Insolvency and Financial Recovery Law

Israel’s new Insolvency and Financial Recovery Law came into effect in September 2019. The new law supersedes and replaces the Bankruptcy Ordinance [New Version] – 1980. Some of the more remarkable things about this new law are; changes in perception regarding the status of the debtors and the creditors, social values, and shortened timeframes. In this article, Attorney Nechama Ovadia from the law office of Cohen, Decker, Pex & Brosh will briefly explain the purpose of the new law and the remarkable changes therein. If you are interested in more personal information in regards to the results of this law, we recommend this explanation (in Hebrew) on a legal website, or contacting us directly via the contact information listed below.

Emphasis of the Insolvency Law 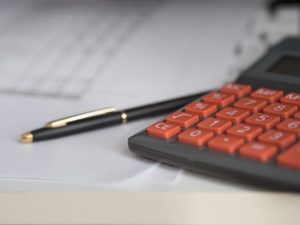 In the situation that was present until the new law was enacted, insolvency for individuals was settled under the framework of bankruptcy, whereas insolvency for corporations was settled under the framework of the companies ordinance. In this new law, the legislature sought to put a new arrangement into effect; assembling all the principles relating to insolvency of both corporations and individuals together.

One of the reasons for the rearrangement stems from the change in perception concerning the status of the debtor. In the past, a debtor was considered an irresponsible person who committed offenses which led them to accumulate many debts. Today, the legislature wishes to look at the bigger picture; in light of the complexity of each person’s life and the constant difficulty in making a living and poor financial conduct, many come to the point of incurring debts that they cannot repay, not necessarily because of any negligent or criminal behavior.

Goals of the Insolvency Law

Another reason for the rearrangement is because of the concern for the recovery of the debtor’s financial standing. The legislature believed that conducting a procedure within the spirit of the new law would provide the debtor with the opportunity to be rehabilitated and start on a new new path, while learning what proper financial conduct is. Thus, in effect, two major goals are being met; the recovery of the debtor and the repayment of debt to the creditors.

An additional reason concerns the social values that the legislature seeks to put in practice through the new law. The financial recovery of the debtor “saves” them from becoming a burden on the whole of Israeli society. A debtor who has encountered an unbearable financial situation ultimately is perceived as a societal burden on all the country’s citizens who involuntarily compensate their hardship (through paying high taxes and compulsory payments).

Innovations in the Insolvency and Financial Recovery Law

The legislature made a change in the manner of repayment distribution of debts and the repayment plan. In the old legislation the “lesser” creditors were given lower priority. But per the new legislation, the minor creditors receive higher status by lessening of the status of the larger creditors.

In fact, the large creditors, including the state, no longer enjoy the status of high priority. Thus, more of the debtor’s funds go towards repaying the “minor” creditors, for whom these moneys may be more meaningful.

Duration of the process and receipt of an order of discharge:

In the past, the process could go on for many years until the long awaited order of discharge was received. After the new law came into effect, the process will only take 4 years so as not to leave the debtor bound and chained to the process for an unbearable length of time.

Until the new law came into effect, the authority to handle cases of bankruptcy belonged to the District Court alone. Today, in the interests of efficiency, debtors whose debts do not exceed ₪150,000 shall submit their request to the registrar of the Law Enforcement and Collection System Authority. Debtors whose debts do exceed ₪150,000 shall submit their request to the commissioner (known as the official receiver) who has technical administration authority. A dispute or the granting of an order for financial recovery (which replaces the conditional order of discharge), shall be decided by the Magistrate Court.

Differentiating between types of debtors:

In light of the change in social perception and the goal of rehabilitating the debtor, the legislature differentiates between debtors who are unable to pay for reasons beyond their control or due to poor financial conduct, and between “delinquent” debtors who reached this situation through lack of integrity. Therefore, the legislature authorizes the Commissioner of Insolvency Proceedings (the Official Receiver) to take action under the framework of criminal law against the debtors lacking integrity who attempt to abuse the proceedings.

Lawyer’s Explanation on the New Law

The new law brings with it changes and innovations from an objective and technical point of view. At the office of Cohen, Decker, Pex & Brosh you will find lawyers with years of experience in writ of execution and bankruptcy proceedings.

If you are interested in learning more about the new law, and about its ramifications as concerns your own situation, you can contact our office for legal counsel on the matter. We would be happy to set up an appointment for you with a lawyer in Jerusalem or Petach Tikva.